In an attempt to fix the country once and for all, a Facebook page calls for a day where everyone snogs. 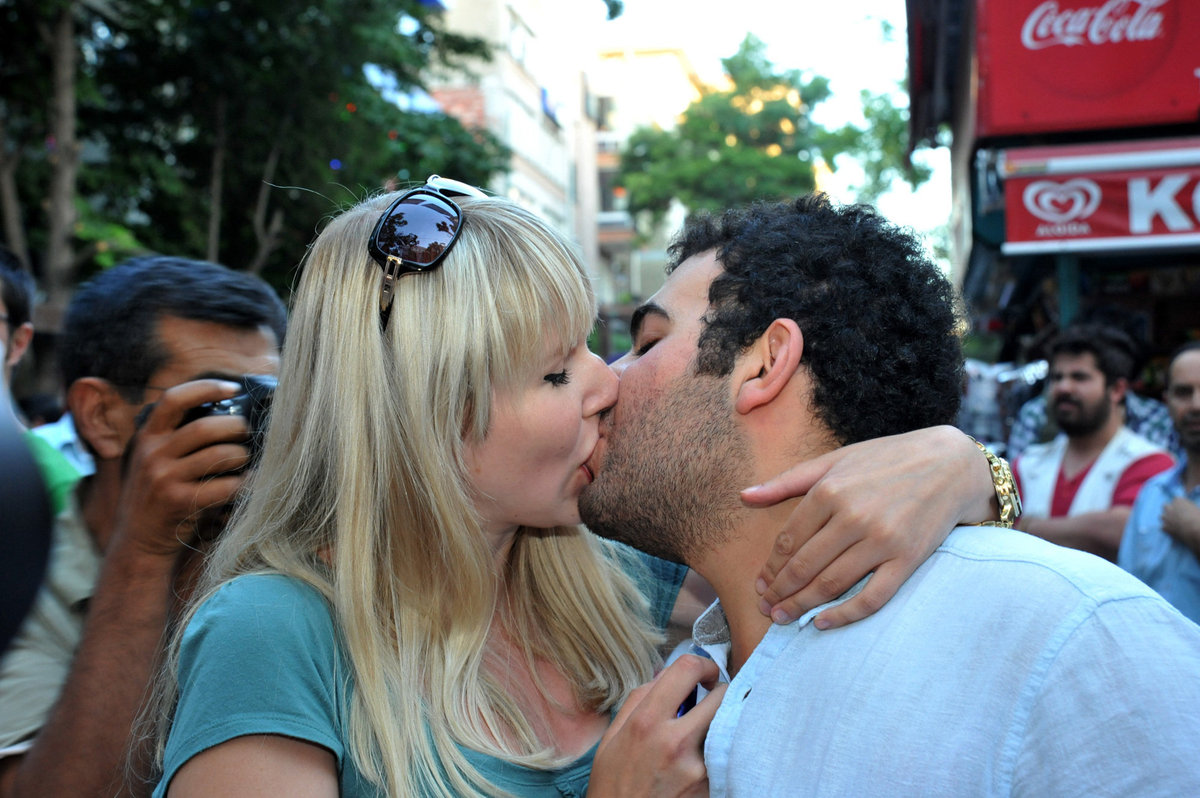 This is it, you guys; the answer to all of the country's problems. Recently, a Facebook page, entitled "National Kissing Day", took the online media world by storm, inciting controversy and skepticism nationwide. The title of the page is self-explanatory; a group of young activists calling on a day (30th of August) where everyone will basically be snogging in the streets, similar to the event held in Turkey a few months back (pictured above).

Several issues are raised when you think about this, though. First off, why do we think kissing will actually help the country in any way? Sure, it's a nice sentiment (there's nothing better than expressing your love to someone) but…seriously; a national kissing day in a country where women are sexually harassed and abused just for existing? Secondly, wouldn't it be counter-productive if the Islamists just killed everyone kissing in the streets?

While so many things may be wrong with this whole National Kissing day initiative, maybe it is actually what the country needs. We all know this country's problems stem from the blatant sexual frustration and repression within everyone; maybe all we need is a good smooch. However, the Facebook event page has since been removed - we wonder if it'll still go ahead?