In a first for the country, nearly 100 women have been appointed as judges in the State Council, including 50 vice-counselors and 48 assistant counselors. 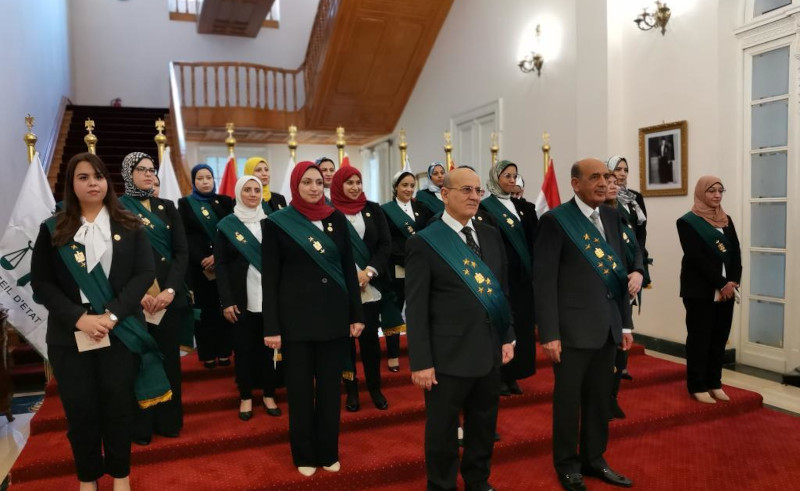 Nearly 100 women have been sworn in as the State Council’s first female judges since its establishment in 1946, including 50 vice-counselors and 48 assistant counselors.

In June, the Egyptian Supreme Council of Judicial Bodies approved the appointment of women as judges and prosecutors, leaving an indelible mark on the history of the Administrative Judiciary.

This comes after a presidential directive on International Women's Day in March, which called for the appointment of women as judges in the State Council and the Public Prosecution.

The National Council for Women applauded the move, calling it a demonstration of the political will to empower women to take on male-dominated fields.