Come Friday, Captains Ouzo and Shiha are to take over the musical command bridge of the USS Zigzag, course set for deep space exploration. Throw in some 3D mapping, and you've got one seriously stellar night ahead of you... 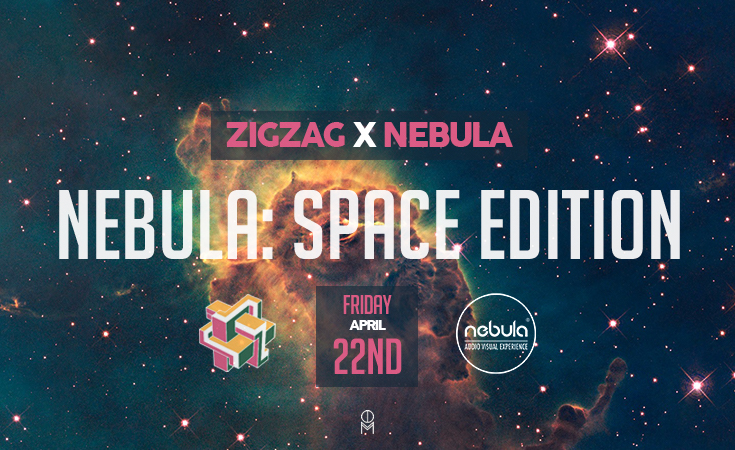 When Pacha Sharm and Zigzag collide, it's going to be one hell of a stellar night. Don't take our word for it – they've done it before and now they're about to do it again. Nebula  – the cosmic collaboration of sounds from Pacha Sharm and Zigzag – is back for yet another edition. Featuring two of Egypt's more experienced deckmasters, it's set to be an outstanding night of epic proportions. This Friday, Pacha Sharm's very own Ouzo and Epic 101 Studios' Shiha will be taking turns on the decks to deliver the space-themed soundtrack for the night. Why space? Nebula has, since its inception on the 24th of February this year, borrowed its themes mainly from natural phenomena – fire, water, or in this case space. Audio/video performances used in concurrence will deliver you to the outer reaches of space – or, rather, deliver the outer reaches of space to you. Through the intricate process of 3D mapping, the visual content is programmed to transform the interior of Zigzag. No idea what 3D mapping is? We had to figure that one out too before the first edition of Nebula. Basically, it's the art of creating a three-dimensional visual set, through projection, that will be protruding over the club's interior, almost like a hologram. When done right, 3D mapping makes for one hell of an experience. And when it's a Zigzag and Pacha Sharm production, you know they'll be doing it right.