Foreign citizens will now have to obtain their visas PRIOR to arriving in Egypt according to the Egyptian diplomatic mission in New York. 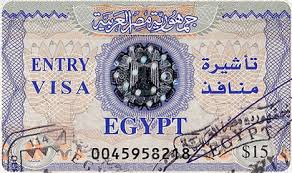 With little noise, the visa requirements and regulations for tourists visiting Egypt from the US have changed. Starting May 15th, 2015, obtaining a tourist visa for Egypt will get harder for some nationalities, including Americans. The New York Egypt Mission has officially released a statement about what will change for US citizens to visit Egypt. Other nationalities may be affected. But fear not, CairoScene has accumulated all the information you need.

Visitors from the US will have to apply for a tourist visa at an Egyptian consulate or mission abroad PRIOR to entering the country. For the application, some documents are required, such as a passport valid for at least six months after entry and two passport pictures. Starting May 15th 2015, there will be no visas issued to US Americans at the airport or borders without the Egyptian Diplomatic Mission’s full approval in advance.

US tourist groups can still obtain visas at the airport, given they have been obtained through Egyptian Tourist Agencies prior to the group's arrival. These visas are only valid for the duration of the booked tour.

Other nationalities will also be affected as visa regulations have changed. However, tourists visiting Nuweiba, Sharm El Sheikh and Taba resorts for touristic purposes are able to obtain a tourist visa for 15 days upon entering the country with no costs being applicable. Travel outside of these areas will require a full tourist visa.

Similar changes were made, and almost immediately revoked, in September 2011 when the decision caused equal outcry from the public and tourism industry. Chairman of Egypt's Federation of Tourism Chambers (EFTC) Elhamy El-Zayat has reportedly sat with new tourism minister Khaled Rami to come to another agreement. The Consulate in Frankfurt, Germany, also confirmed that the last word in this decision has not been spoken yet and that new information will be available soon.