But first, let me take a #Selfie. 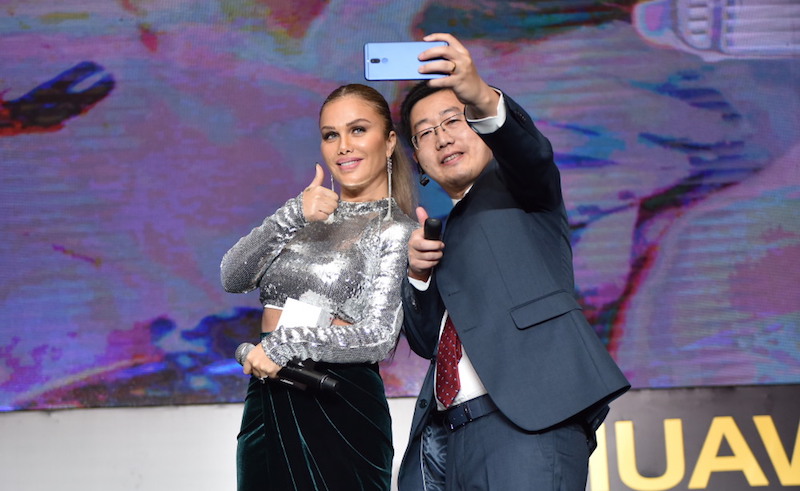 So long as you haven't been living under a rock for the past 10 years, you know that it doesn't matter if you've spotted a Kardashian at the pyramids or jammed with Nile's Karl Sanders if you didn't take a selfie to prove it.

Now, one of the biggest problems with selfies - especially if you're using an Android device - is that they tend to leave us looking like the result of a 6-year-old having a go at MS paint, printing that out, and soaking it in water to end up with this washed over semblance of what we really look like. That wasn't the case at all, however, when we tried out the new Huawei Mate 10 Lite. Sporting FOUR cameras (take that iPhone), the Mate 10 takes the game and turns it on its head. So much so, that Lebanese diva and superstar, Nicole Saba came up with her very own 'selfie song'. Now the closest thing that comes to mind is The Chainsmokers' 2015 hit, but considering it's Nicole Saba we expect a lot more tabla, and a LOT less EDM sirens. But again, considering it's Nicole Saba, it'll probably have just as much sass, if not even a little bit more. Snap back to the Huawei Mate 10 Lite; it's loaded with dual front cameras that turn any selfie into a work of art (not the MS Paint type of course), where even a duckface ends up looking like the hottest pout without even trying. Okay, scratch that... we're not going to call it art. It's straight up sorcery.