Iconic cruises from Cairo to Luxor were once every traveler's dream. Now, the dream is once again a reality. We speak to Ahmed Younis of the MS Hamees to find out more... 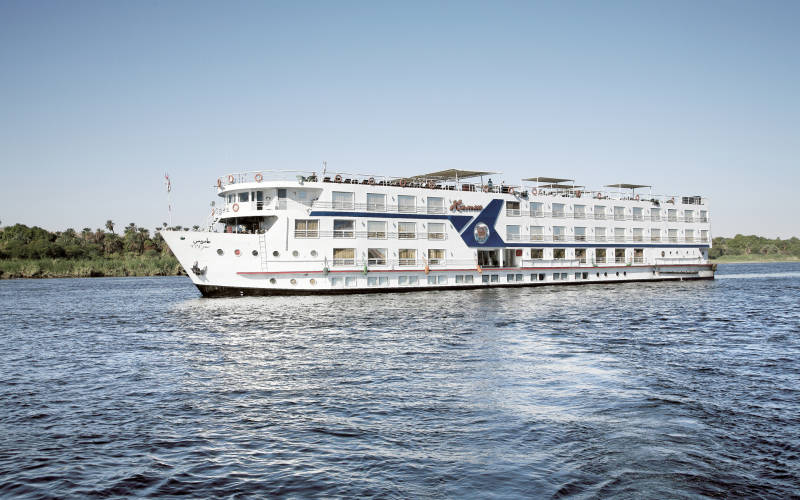 This year promises change as Nile cruises between Cairo and Luxor have finally resumed after nearly 20 years. The portion of the Nile these cruises used to populate briefly resumed accepting traffic in 2012 but was quickly closed again. As reported by The Telegraph, the MS Hamees has resumed its historic route, breathing new life into long-forgotten stretches of the grand river. “The reason it started again is simply due to demand!” tells us Ahmed Younis, Director of Sales at MS Hamees, sounding both content and relieved “So off we went this year and the feedback we got was excellent and so it will return to being an annual trip.”

In 1997, Egypt was shaken by a tragedy that hit the historic site of Deir el-Bahari in Luxor; militant group Gama’a El Islamiya killed 62 people, most of them tourists. Ever since, the area littered with history and breathtaking scenery between Cairo in the north and Luxor in the south has been haunted by the attack, left neglected and abandoned.

Younis tells us that the resumption of the cruises act as catalysts for the return of tourism and helping the industry who once lived off of these ships: “you get so much out of these trips, history, you pass through so many different cultures with all these different customs and it provides a historical journey showing the link between events as you pass the different areas.”

Travel Writer, Chris Moss, who went on the cruise described his experience perfectly: “The sites of the reopened section are smaller, quieter and more personalised and would be otherwise almost impossible to reach...As well as being chock-full of factual detail (how those dynasties add up) tours thankfully allowed for time to absorb the sites and scenes. I began to make sense of the divine falcons, ibises, cows and cobras…”

Due to water levels, Nile tours remain restricted from about April to September but are expected to push forward an industry struggling to pick itself up.