The telecom giant has launched a campaign that aims to raise awareness and establish infrastructure from recycled materials. 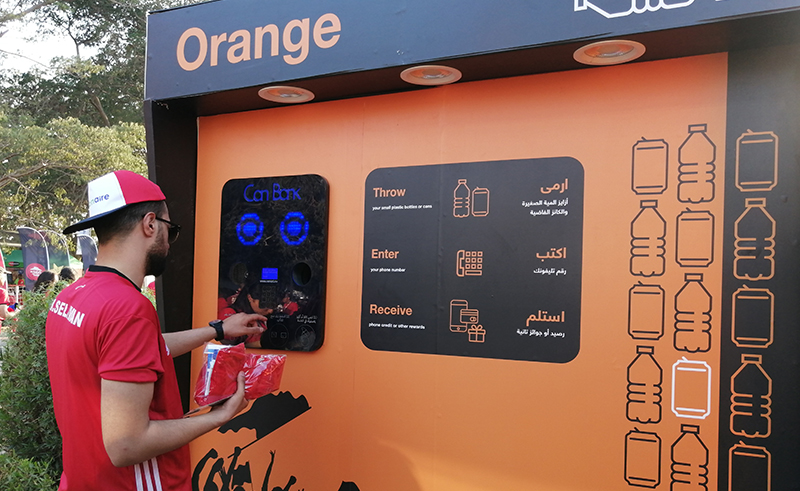 Think how trashed a movie theatre is after a big blockbuster screening; popcorn crunching underneath your feet, rogue empty cans tossed around and candy wrappers shoved in seats. Are you picturing it? Alright, now magnify that to tens of thousands of seats engulfed by a swarm of impassioned football fanatics during 90 minute game packed with high energy and high tensions during the largest football event in Egypt and Africa. We speak, of course, of the Africa Cup of Nations, which is this year taking places across six stadiums up and down Egypt/

Telecommunications giant, Orange Egypt, has extended their efforts to not only reduce waste at the games, but make the best out of it. Urging fans to minimise single-use plastic at AFCON games, the initiative has been aptly-named ‘Games of Change’.

The initiative asks the football fans to collect plastic waste for recycling, setting up specific areas around the stadium, with signs reading ‘Throw’, ‘Write’ and ‘Receive’. The recycled output would be used to build a brand new football pitch that’ll be donated to ‘Leprosy Colony’ in Abu Zaabal, Qaliubiya.

Orange has gone for an all hands on deck approach, encouraging employees to take part in the campaign in spreading the word, and emphasising the importance of decreasing plastic use in general. The company even has designated areas in their offices that aim to inform and educate on the benefits of recycling, and the harm of plastic use. Due to Orange’s mass reach, ‘Games of Change’ has amassed great attention, and right in the nick of time, as the Red Sea Governorate and the Sinai town Dahab have both implemented a ban on single-use plastic. Fingers crossed Cairo’s next.

For more information on the initiative, click here [XXXX].