Panic in Egypt as Triple Five Factory Engulfed by Flames

The iconic Chabrawchi fragrance factory has gone up in flames. Grandparents across Egypt panic. 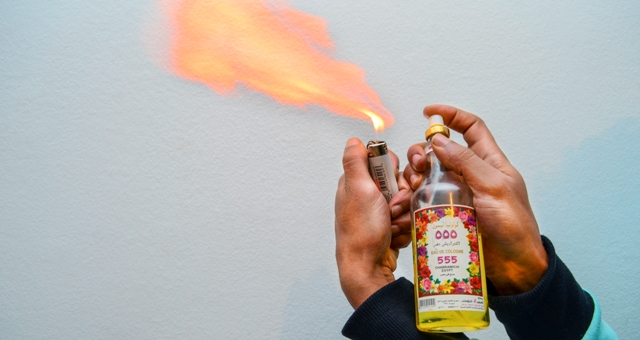 Egyptians over the age of 50 are in a state of panic as they awake to the news that the beloved Chabrawichi fragrance factory in Giza was engulfed in flames late last night.

Established in 1924, the Chabrachi fragrance factory in Giza is the oldest and largest perfume and cosmetics company. Beloved by an aging generation of Egyptians the perfumery is most notably known for the Triple Five (555) or Five Fives (Khamas Khamsat) cologne used from everything from disinfecting to announcing your presence from up to 50km away.

For many, the smell of 555 is associated with illness, as many act as though this miracle cologne could heal you or at the very least disinfect and arguably disintegrate your nose’s smell receptors. Sadly this well established perfumery was engulfed in a massive fire that required over a dozen civil and military firefighting trucks. According to an army statement released, the fire took up to 20 firefighting trucks to extinguish the flames.

According to eyewitness speaking on television, the blaze had completely consumed the building. Burning wildly, residents of an adjacent building evacuated their homes fearing that fire spread. In order to prevent the spread the power was cut to the area until the fire was manageable.

Thankfully no deaths or injury were reported and as it stands the cause of the fire is unknown however will be investigated. For the many lovers of this multipurpose cologne manufacturer, the news comes as a dark day, as some prepare for an increase in illness and struggle to figure out what to replace this disinfectant with.