Tired of smog pollution? Well, you're in luck: there may be a solution on the (barely visible) horizon... 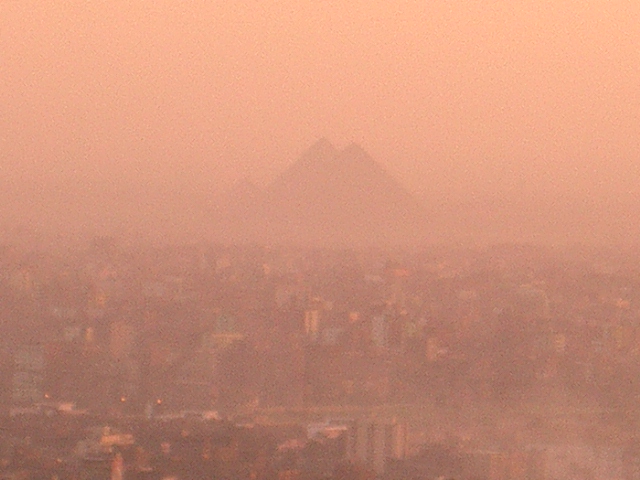 For bustling countries with massive populations, smog has become a very real issues. Just ask China, where there are days when people literally can't see through the smokey air. Egypt is not that much better, but it is no China when it comes to smog.

There maybe a solution in the form of a breakthrough in the Netherlands. Researchers with the Eindhoven University of Technology installed a titanium oxide-coated pavement on one block of Hengelo, using the other half of the block as a control.

After a year of measurements, they found that the smog-eating pavement was able to reduce nitrogen oxide air pollution by up to 45% in ideal weather and up to 19% in one day. For a long time, titanium-oxide has been known to have air-cleaning potential, but this is the first time it has been applied in a practical manner. The scientists' findings were published in the Journal of Hazardous Materials. The only hindrance at the moment is the fact it is much more expensive than normal cement, which is why it is not currently on every street in urban areas.

A version of the smog-eating pavement was created in 2006 by Italian company Italcementi, and made it into Time Magazine's list of Best inventions of 2008. Despite the fact it is expensive Chicago has already installed some in bicycle and parking lanes in April.

Once we get a government together, this should definitely be something to explore as our air-quality is bad and, with time, will only get worse.