App-based pet marketplace Pawsket has launched an awareness campaign to support the public's attempts in rescuing and adopting stray cats and dogs, rather than shopping for pets. 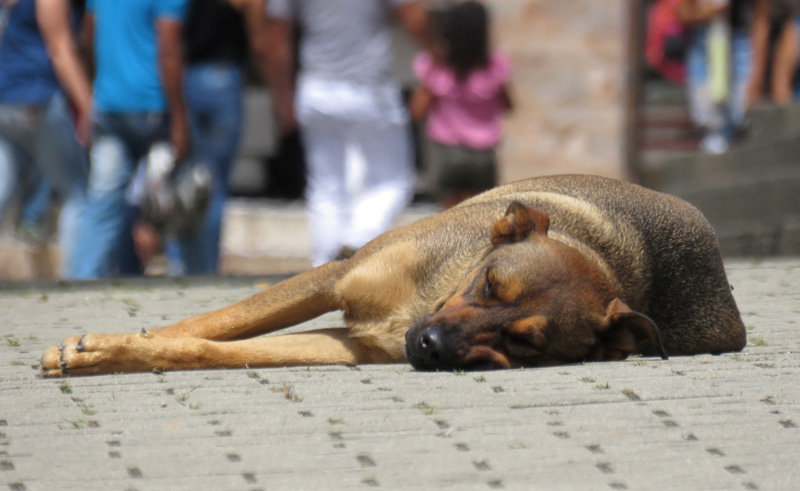 As animal lovers, we've got to talk about the stray animal issue in Cairo - even if the numbers are daunting. As many as 10,000 cats and dogs stray off from Egyptian households and there’s around 150,000 stray cats and dogs combined in Egypt. Some people, particularly in affluent neighbourhoods like Maadi, have taken on campaigns to vaccinate, neuter and tag these strays before releasing them on to the street. But much more common are the poison raids to cull the population - raids which end up claiming the lives of strays and pets alike, whether they're neutered or vaccinated or not.

App-based pet marketplace Pawsket is promoting a third path to rescue strays from the increasingly perilous streets: adoption. Pawsket has launched an awareness campaign to support the public's attempts in rescuing and adopting stray cats and dogs, rather than shopping for pets. And a big part of the campaign is in finding solutions to the obstacles that come with taking a stray animal home.

“We have a great responsibility towards our community,” says Eslam Ali, Pawsket’s CEO. “Pawsket is keen on creating friendships with animal shelters across Cairo, not only are we creating a healthy environment for stray animals, but we’re also mainstreaming the adopt-don’t-shop culture.”

The aim is to cultivate a community of animal rescuers and support them with advice and connect them to the right resources. In some cases, the pet-care marketplace activates 50% off promo codes to whoever saves a stray cat or dog.

With their own fleet of couriers, Pawsket’s success primarily lies in not just the market need, but also in the team’s devotion since everyone is a pet guardian in the first place. “They work on a service they themselves receive as pet guardians," Ali said. "That is what helps us fulfil an experience that the users are really looking for.” To take advantage of such services yourself, you can download the app at pawsket.com.