A perfect pyramid shape, buried in footage taken by NASA rover, Curiosity, has sent the internet into overdrive. 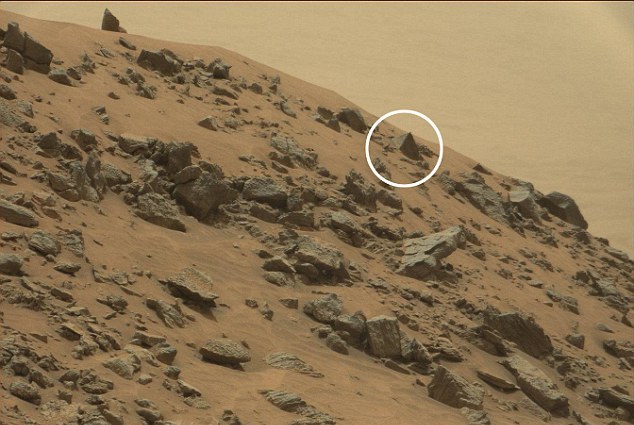 Spotted by a YouTube channel ParanormalCrucible is a perfect Pyramid on the surface of Mars. Naturally, the disciples of the ParanormalCruicible had a total freak out, with many claiming "the capstone of a much larger pyramid possibly buried deep beneath the surface or perhaps a marker stone." *Scream Emoji*

While the skeptic (and the sane) will tell you it's just a freak coincidence, and that rocks and minerals can be shaped by natural erosion over time, giving a little bit of weight to the conspiracy theorists' argument is that no subsequent photos or videos of the same area of Mars included the Pyramid. A big cover up? They seem to think so as ParanormalCruicible continues, adding: "It appears that the Nasa operators of Curiosity deliberately chose not to take another photo or zoom in on the pyramid. If they however did so, none of these subsequent photos were released to the general public."