Getting rid of harassment and cleaning the place up are the top priorities. 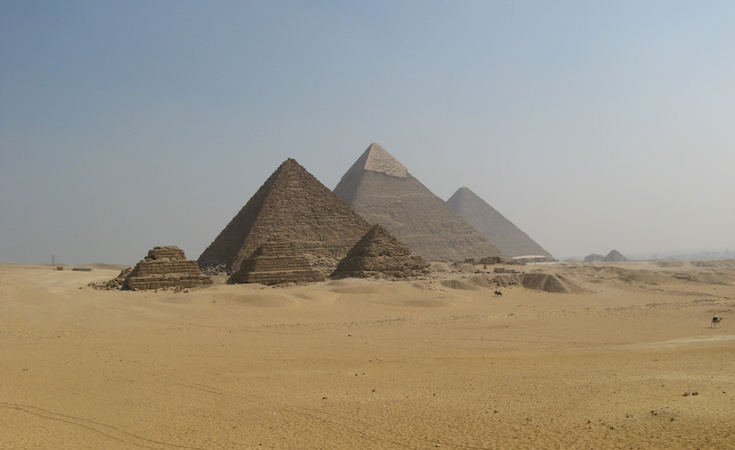 The Great Pyramids are in the midst of getting an overhaul from the Ministry of Antiquities, according to Egypt Independent.

The 350 million EGP project started in 2009 and is said to be completed by the end of September. The initiative is installing security cameras, rubbish bins, and increase security around the historic site as well as restore several of the monuments some of which were improperly treated before laws were enacted to regulate restorations.

Merchants and vendors have also allegedly been relocated to designated areas in order to cut down on Egypt's famous harassment of tourists.

“We are determined to make big improvements. There are monuments that need to be restored from scratch, and others that need work because they were restored incorrectly before the law on protecting antiquities came into effect. We've hit some obstacles in the form of a shortage of funds, but are using all our resources to overcome this," says archaeological director of the Giza Pyramids, Ashraf Mohie Eddin.