Hard-line clerics and officials in Saudi Arabia have declared that TV series detract from the true meaning of Ramadan, and as such are haram, calling on fasters to focus on worship instead of television, internet and excessive iftars. 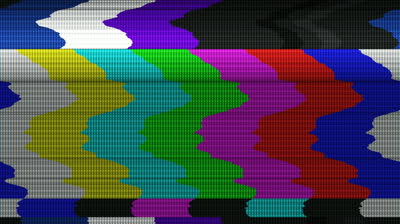 Saudi religious hardliners are leading calls for a clampdown on Ramadan TV series. The move comes as Muslims across the globe prepare to chow down on a diet of Ramadan television in celebration of the Holy Month. However Sheikh Abdulrahman Abdulaziz Al-Sudais, president of the Affairs of the Two Holy Mosques, has lashed out at the big budget TV shows, and claims some people view Ramadan as month of hunger and thirst while others view it as a month for consuming tasty food and an opportunity to stay up all night.
He added: "People in the latter category watch satellite channels and surf the Internet instead of spending their time engrossed in worship. Muslims should receive Ramadan by thanking Allah Almighty and being happy with this great season. They should repent for all their sins. They should stop injustice and give every person his or her due rights.  They should begin a sincere soul-searching journey and benefit from the days and nights of the holy month. In this way, their aspired hopes are achieved."
His views were echoed by Adnan Noori Al-Harbi, deputy dean of the Faculty of Social Sciences at the KSA's Umm Al-Qura University, who said, “Undoubtedly, keeping people, especially the youth, preoccupied with sitcoms and soap operas during the holy month of Ramadan is a serious matter that aims to spoil their morals. There ought to be a clear role for the family, school, universities, the authorities concerned, religious callers, educators and sociologists. They should focus on preventive education because satellite channels have started losing professionalism in presenting the content that suits the mentality of the audience. What remains is the commercial aspect that does not respect viewers’ mentalities or their values.”
The comments come just hours after authorities in the ultra-conservative religious state took the decision to remove TV screens showing World Cup matches. Fans who were in the middle of watching a World Cup match in a park in Ward city had their game interrupted when men started removing TV screens, which had previously been made available by the city council.