Red Bull have become the go-to people for breathtaking stunts and this time they've taking bike-riding to the extreme... 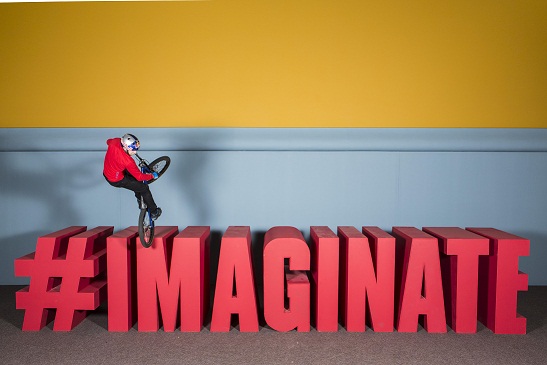 For years, Red Bull has been known for their passionate interest for extreme sports and challenging athletic situations. After their highly successful stint with Felix Baumgartner's jump from space, it's safe to say they've established themselves as the official sponsors of extreme sports.

Now Red Bull manages to titillate our awe-factor with their newest project, IMAGINATE, with Scottish trials cyclist Danny MacAskill. The project is basically a film that's been in the works for the past two years that's just been released today; it takes us into the mind of Danny, as he comes up with tricks and lines purely inspired by aspects of his childhood. In collaboration with Kelvin Hall, in Glasgow (where filming took place), Red Bull produces a visually exciting and awe-shocking short film of MacAskill doing what he does best: defying gravity on a bike. Check out a segment below and go to http://imaginate.redbull.com/ to see the whole video. Keep up to date with Red Bull in Egypt on their Twitter @RedBullEG.