The decision was issued by a newly-formed anti-corruption committee headed by Crown Prince Mohammed bin Salman. 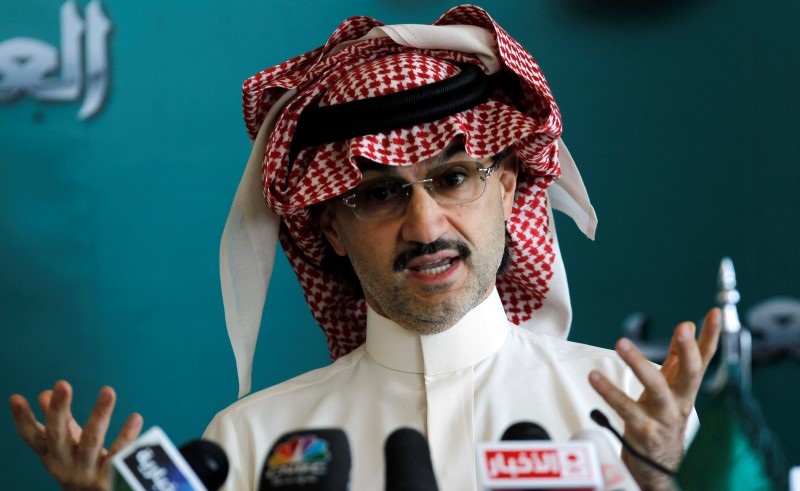 Alwaleed bin Talal, one of Saudi Arabia’s most prominent businessmen, has been arrested along with at least 10 other members of the Kingdom’s royal family and other public figures, according to Al Arabiya, citing “sources”.

The decision was issued through a new anti-corruption body decreed by King Salman only hours before the arrest orders were issued. The newly-formed committee is headed by the increasingly powerful Crown Prince Mohammed bin Salman.

Alwaleed bin Talal is one of the world’s richest men, owning stakes in some of the international companies through his Kingdom Holding Company, including the influential News Corp, Twitter, and Citigroup. He also owns around 40 hotels in Egypt, with over a dozen more under construction, according to Reuters, which constitute just some of his business ventures here.

Another of the princes arrested was head of the Saudi National Guard, which, until these events, was the sole branch of the armed forces not yet under bin Salman’s control, according to the New York Times. Khaled bin Ayyaf replaced Miteb bin Abdullah as minister of the national guard, according to Reuters.

At least three other sitting ministers were also arrested, along with tens of former ministers. The current Minister of Economy and Planning Adel Fakeih was replaced by his deputy, Mohammad al-Tuwaijri, according to Business Insider.

The New York Times reported that the Ritz-Carlton in Riyadh, the “de facto” hotel for the country’s royalty, was cleared on Saturday, raising the possibility that it could serve to house the detained princes and ministers.

A statement by King Salman broadcast on Al Arabiya stated, “Some weak souls have placed their own interests over the public interest and used public money without fear and exploited their influence, using various ways to hide their shameful actions.”

In June, the monarch replaced his nephew Mohammed bin Nayef, 58, with his son, Mohammed bin Salman, 32, as Crown Prince, breaking decades of tradition for royal succession in the Kingdom.

The young heir to the throne is the youngest in his position in the Kingdom’s history, and is poised to become the youngest King the birthplace of Islam has had to date.

Bin Salman has outlined an ambitious plan for Saudi Arabia and its economy, dubbed ‘Vision 2030’, and already holds strong influence on defence, foreign, and economic affairs of the country, according to multiple sources.