Run The World’s Most Magical Marathon Route This December

This magical marathon invites you to run through ancient history… 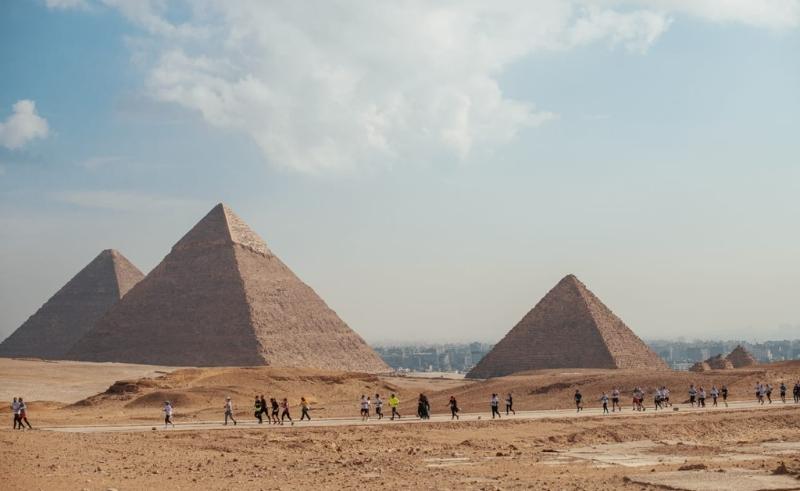 The TriFactory's annual Pyramids Half Marathon, Egypt's coveted road running event, returns for its fourth edition. The half marathon, which takes place at the foot of Pyramids, welcomes thousands of runners from all over the world on a tour of the wondrous ancient Giza complex with 5k, 10k and 21k runs.

“We intend for the Pyramids Half Marathon to become the MENA region’s most important running event and the past several editions have proven its potential to do so,” founder and CEO of The TriFactory Ayman Hakky tells #CairoScene. “On a national level, the Pyramids Half Marathon is one of the key sporting events that take place every year in Egypt and a major proponent of both sports tourism and nation branding.”

For the first time since its inauguration in 2019 - which previously took place under the supervision of the Ministries of Youth and Sports, Tourism & Antiquities and International Cooperation - the Pyramids Half Marathon will be held under the auspices of Egypt’s Presidency.

Alongside the presidential support, a slew of public bodies including the Egyptian Ministry of Youth and Sports, the Egyptian Ministry of Tourism and Antiquities, and the Egyptian Tourism Promotion Authority will endorse this extraordinary sporting event. In order to ensure that all distances follow international measures (those forged in line with major running races around the world) The Egyptian Athletics Federation will also be closely monitoring and supervising the race.

The race is scheduled to take place on December 10th. To register go to www.pyramidshalfmarathon.com