SAT Scores Cancelled For Egypt Because Of Widespread Cheating

You can still try again next month! 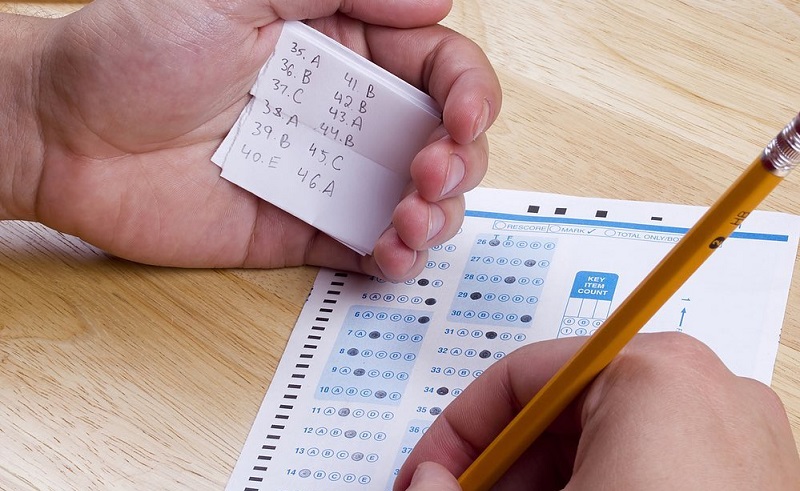 The College Board has cancelled the October SAT scores for tests that were taken in Egypt and Hong Kong. The decision to cancel the scores was made after test materials circulated so widely that it became impossible to narrow the cheaters down.

Over the weekend, the College Board released a statement by e-mail that said, "Because of the illegal theft of material from the SAT, which was administered internationally earlier this month, we were forced to cancel or hold a significant number of scores of students who tested primarily in Egypt and Hong Kong. Scores that have been placed on hold for review and cleared will be released in approximately two weeks. We're aware of the difficult timing of these score cancellations and holds, as you approach early decision deadlines. We're doing all we can to determine the validity of scores as quickly as possible."

Students who have had their scores cancelled received their own e-mails, which stated, "This decision is based on evidence that some test materials were stolen and exposed before the administration. You'll receive a full refund of your registration fees; there won't be a makeup for this administration."

For some students, the promise of a refund isn't enough to soothe their wounds. Especially as this wasn't the first time this has happened. Back in May, a similar incident involving the spreading of leaks among test-takers occurred in Egypt. After the SAT scores for these tests were cancelled, a group of 50 Egyptian students attempted to sue the College Board in order to compel them to release their scores.