Shock, dismay, amusement, fear...a whirlwind of emotions hit Egypt after watching the season finale. And we Egyptians understand that it is unhealthy to suppress our feelings... 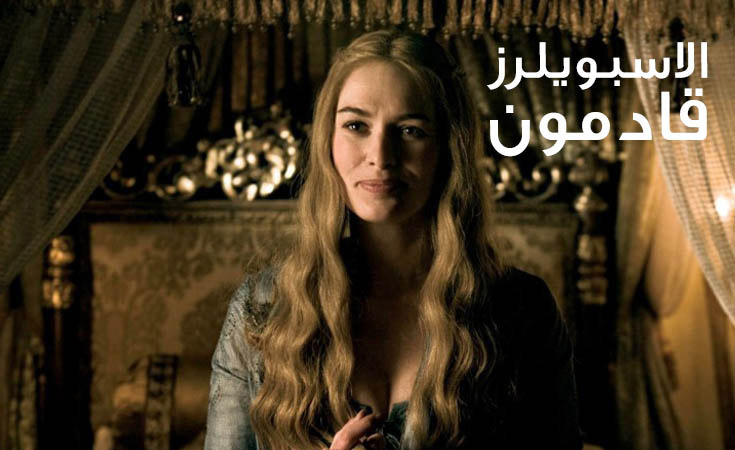 Reactions to the season finale of Game of Thrones hit social media like an angry Cersei Lannister, and many Egyptians are not immune to the GOT addiction. The season finale hurt. It did. It just did. Questions of why?” and “how could you do this to me?”, were directed at the merciless, cut throat writers, directors, actors, the sound guy, the technician and anyone who dared play apart in this atrocity. So here’s what the cradle of civilisation, Egypt had to say about such monstrosity:

With over 9 million likes, the Facebook page Asa7be Sarcasm Society summed up our reaction in a short video, editing from a popular Egyptian movie to express shock and dismay. Thank you Ramy Ashraf 'tis exactly how we feel.

A picture posted on Asa7be shows a dismayed Jon Snow in a comic saying, “stab me why don’t you, seeing that I’ve become a pushover." We all miss Snow telling us over and over again how winter is coming...it won’t be the same without you...or with you? Some users have decided to put on their black attire and succumb to what they saw. Others refuse to believe it...and we don’t blame them:

This users warns people from spreading rumours: “Until you’ve seen him buried in his grave...then he is not dead.”

Whilst others point out the facts: “They’ve put holes through him!”

Others are simply wishful, “Oh God I hope Snow too is alive.”

There are those more hot blooded who threaten those involved, “What do you mean he’s dead, I’m going to send you to your doom!”

Seeing that it’s not just winter that’s coming, Ramadan too will be here; many users have used the Ramadan spirit to express their woes:

Others have decided to look at it from a positive perspective, “Snow has been saved from having to fast this Ramadan.”

Most lament the director for killing off Snow before Ramadan and Eid, stating that Snow will simply be missing out: “Snow has died before getting a chance to buy new clothes for Eid not to mention spreading Ramadan lanterns (Fawanees) to the Night’s Watch.”

The blame for what happened in season finale fell heavily on the laps of the directors, where most have decided to paint them out as sociopaths killers out to destroy happiness, hope...and our lives.

One hurt user retorts, “Worst director ever, not only did he kill Stannis...but he blinded Arya.”

Some users accuse the directors of being disloyal, worrying about the fate of their favourite characters: “I used to think that Tyrion was the director’s favourite...but now I see he has no loyalty.”

Cersie is pure evil and one wonders if, had been left to karma rather than the directors, would things have gone better for the wine sipping wench? Probably. Walking naked till her feet bleed in the midst of spiteful mobs and perverted extremists was not only too much...but droned on for too long.

One user feels sorry for Cersie, “I felt sorry for the woman they stripped naked.”

A user who obviously is more in tune with Cersie’s character fears her wrath and revenge: “Every time I let my imagination wonder what kind of revenge Cersie is planning, I get goosebumps.”

One analytic genius has come up with his own hypothesis, singling out one constant throughout the show: “I am now sure of two things in this series, all the men die and all the women take off their clothes. This, Sir, is the only constant.”