CairoScene caught up with Abu Deif this week to talk fame, Tiktok and who killed Salma. 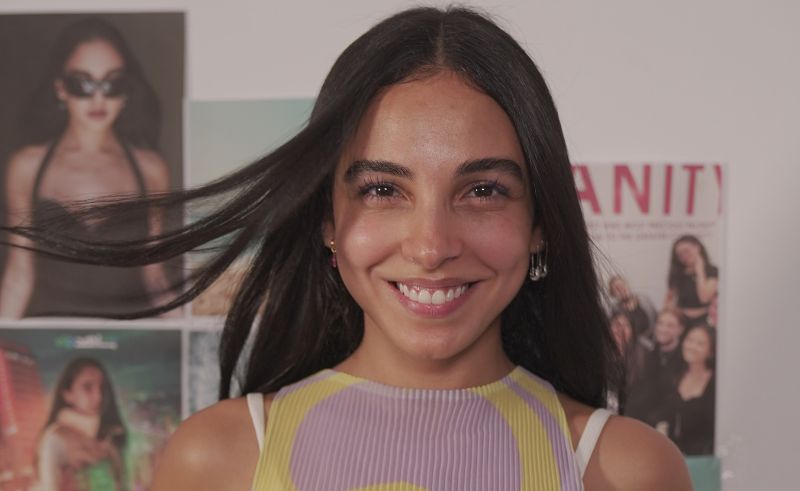 “Who killed Salma?” is currently one of the most burning questions on the local pop-cultural landscape thanks to the blockbuster Arabic remake of Netflix thriller ‘The Killer’ (‘Monaa’taf Khatar’) starring rising Egyptian star Salama Abu Deif, alongside a stellar cast including Riham Abdel Ghafour, Bassel Khaiat, Bassem Samra and Adam Elsharkawy.

The gripping series, streaming on Shahid, revolves around a TikTok influencer who is mysteriously murdered sparking a multi-episode investigation into the killing. It’s proving to be the most buzz-worthy role to date for the model-come-actress and UN Aid Ambassador whose star has been steadily in the ascendance since her debut in the critically-acclaimed 2017 Egyptian film ‘Sheikh Jackson’.

A pivotal role in the 2018 TV series ‘Ladyna Akwal Okhra' alongside Egyptian silver-screen legend Yousra promised to be a launchpad for the young actress but the series failed to garner the attention lavished on more stronger contenders that season. Abu Deif however continued to attract the spotlight landing the May 2018 Vogue Arabia cover, stylishly sashaying through the desert at the foot of the Pyramids with the headline declaring her a ‘Screen Siren’. This was swiftly followed by a slew of couture-clad appearances at glittering events across the world. Abu Deif it seemed had her sights set on the type of social-media enabled, international pop-cultural recognition beyond the confines of localised content. Let the naysayers nay, she meant (show) business.

2022 has been the tipping point for the fiercely determined Abu Deif had been working towards. She garnered rave reviews and was lavished with praise for her star turn in the Ramadan series ‘Rageen Ya Hawa’ alongside superstar Khaled El Nabawi. Meanwhile, scene-stealing appearances in ‘Al Ikhtiyar 3’ and the Arabic remake of ‘Suits’ would serve to further fuel the star’s trajectory.

CairoScene caught up with Abu Deif this week to talk fame, Tiktok and who killed Salma.