Known as 'Egypt's breadbasket', the Nile Delta has experienced an increase in flooding from the Mediterranean Sea due to climate change. 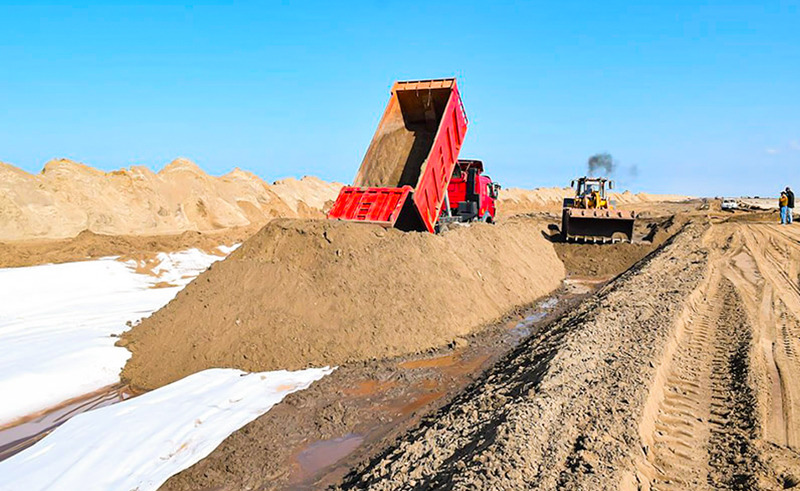 To help save the livelihoods and homes of 250,000 residents of the Nile Delta, the Egyptian government is ramping up efforts to construct sand dikes throughout the country's flooding hotspots. Stretching across five governorates - Beheira, Dakahlia, Damietta, Kafr El Sheikh and Port Said - the sand dikes are part of a larger USD 105 million coastal management project with the United Nations Development Programme launched in 2019.

Known as 'Egypt's breadbasket', the Nile Delta has experienced an increase in flooding from storms and the Mediterranean Sea due to climate change. In the winter, the flood would destroy homes, cover farmland with salt water and destroy the roads that fishermen used to reach their boats, making it so that these workers could not make any money for a full season, and forcing them to spend from their savings instead.

With the construction of this 70 km dike system, families are able to stay in their homes and maintain their livelihood. 70% of the system is complete so far, and is considered one of the most extensive projects of its kind, including a new sea level monitoring system.