The collection of tombs and mummies discovered alongside the sarcophagus in Aswan suggest that the area may have been a communal burial site. 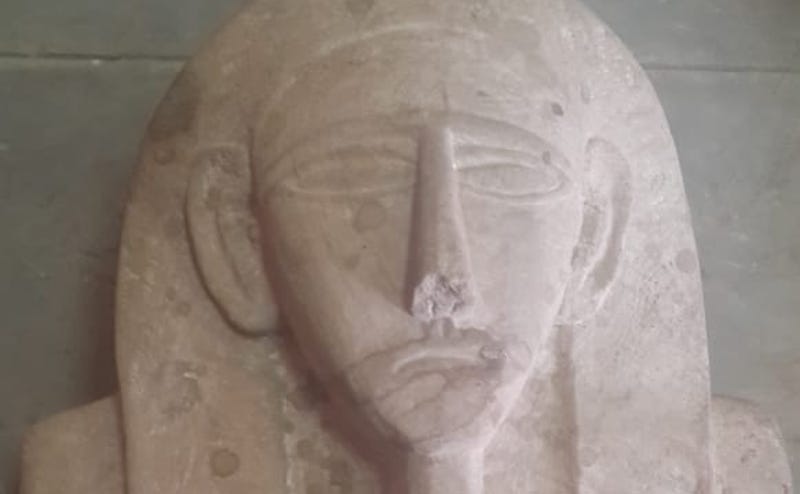 The tomb contained a well-preserved mummy wrapped in linen among other things. Tombs with wall decorations portraying Ancient Egyptian Deities Isis, Hathor and Anubis were also discovered along with a group of sarcophagi made of stone and the remnants of a wooden coffin adorned with hieroglyphics. Secretary-general of the Supreme Council of Antiquities, Mostafa Waziri, adds that the sarcophagus still needs to be studied in order to identify the mummy.

Director of Aswan and Nubian Antiquities, Abdel-Moneim Saeed, believes that the tomb may have been used as a communal burial site due to the large number of mummies buried there haphazardly. A sandstone statue head as well as amulets, scarabs and wooden statue of Horus were also discovered during the excavations, according to Saeed.