Saudi Arabia to Get its First Taste of an Egyptian Orchestra

One of Cairo Opera House's favourite ensembles will be performing live in Saudi Arabia. 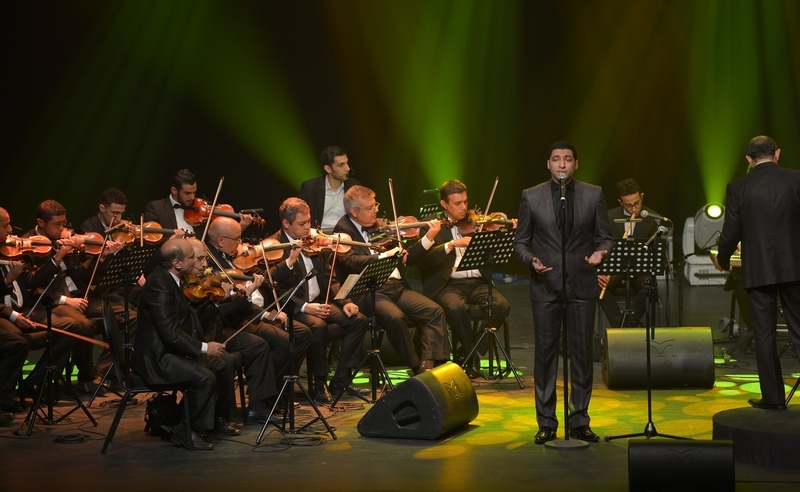 Since Crown prince Mohamed Bin Salman opened the gates of Saudi Arabia to the world, women have gained rights, cinemas have reopened and now Egyptian performers are traveling to Saudi Arabia for the first time. Tamer Hosny performed his first concert on the 30th of May, actor Ashraf Abdel Baky staged his first play in Saudi Arabia  on April 5th, and now Cairo Opera house's very own Arab Music Ensemble will be performing for the very first time in the kingdom on the 25th and 26th of April.

Egypt's Culture  Minister Ines Abdel Dayem promoted the cultural ties between Egypt and Saudi Arabia as a "safety valve for Arab Identity" and the importance of economic and cultural factors in combating obscurantism ( the practice of deliberately preventing the facts or the full details of something from becoming known).

For this concert in particular it may cause some concern for the religiously conservative in Saudi Arabia. In terms of restrictions, it remains to be seen if this concert will be a women's only event, if there will be separate seating for the sexes or no restrictions at all. The  National Arab Music Ensemble consists of men and women musicians and the previous solo concert performed by a woman, Lebanese singer Hiba Tawaji, was one of the first female only concert in the kingdom. Yanni, the Greek composer, performed earlier in the year with a mixed-gender orchestra and had a mixed audience as well. However, American rapper Nelly performed for the first time in Saudi Arabia to an all male audience.

As Saudi Arabia continues its stride into the 21st century, Egyptians have now found a new audience itching for music and all things entertainment.