Absurdly, a kids' show designed to educate young Muslims on the 99 attributes of Allah has been banned... 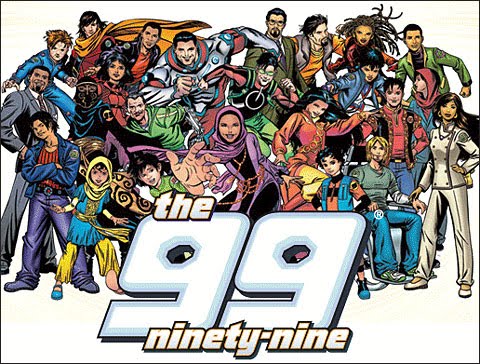 Saudi Arabia has launched a controversial crackdown on cartoons including a series designed to educate kids about the Quran. The hardline religious state's Permanent Committee for Scholarly Research and Ifta has banned The 99, the world’s first animated series of superheroes based on Islamic culture and society.

The committee said that the series, screened on Saudi-owned television channel MBC3, could not be tolerated because it contravened Islamic values by representing the 99 Names and Attributes of God. Sa’ad Hassan Al Shammari, a Saudi national, approached committee calling for a ban. He said: “MBC3 is showing a children’s series about the attributes of God and characters embody each of them. The series claims that the union of the 99 characters who allegedly possess pure hearts and extraordinary powers will free the world and ease darkness. I hope that a ban on showing the series will be imposed,”

In its reply to Al Shammari, the Committee said that the representation of God’s names and attributes could not be tolerated and should be condemned. “People who want to teach others about God’s attributes should use legitimate ways,” the seven-member Committee said. The move comes after a Kuwaiti lawyer filed a lawsuit against the show, claiming that its plot was a blatant representation of God’s attributes."

It is rare that news from the KSA shocks us anymore but a religious body clamping down on a kids' tv show designed to educate children about err...religion... Well, the mind boggles.