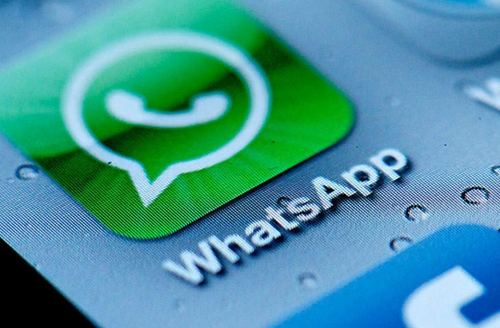 Don’t you just hate it when people ignore your WhatsApp messages? Like, especially if you can SEE they’ve been online and they’re not answering. And you grow more frustrated by the second. WHAT THE FUCK YOU STUPID SHIT ANSWER ME. Well, apparently one man decided that his wife’s failure to answer his WhatsApp messages was grounds for divorce.

The man in question, from Saudi Arabia, divorced his wife after she repeatedly ignored his WhatsApp messages while simultaneously being constantly attached to her phone messaging other friends and family.

The problem began with when he became exasperated due to the sheer amount of time she spent on her phone. The man alleges that his wife spent so much time on the phone that it interfered with taking care of her child and of their home. As such, he used WhatsApp to try and talk to her but she apparently never replied, even though she was on the application while he was messaging her. When he asked her why she’d ignored his messages, her response was that she’s been busy talking to a friend.

Eventually, he decided this was too much and asked for a divorce. We’re not sure if we like, commend him for taking a stand. Apparently, divorces due to social networking are on the rise, a recent study reports. In fact, in 2011, a UK survey by a legal services firm called Divorce Online, stated that more than a third of divorce cases contained the word Facebook.