“Some of these world leaders need to be stoners though, really," sums up Mr. Bombastic... 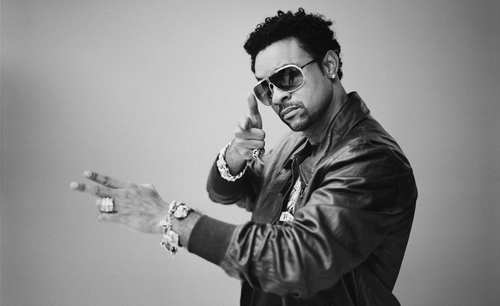 It seems that Shaggy, the reggae icon who gave the phrase “it wasn’t me” a melody, might have found an implausible yet perfect plan to fight ISIS: let them listen to reggae.

The musician, famous for his hits Bombastic and Angel, declared in an interview with the Miami New Times that terrorist groups such as ISIS would become less violent if they listened to his songs. "If you’re able to cut a man’s head off, you’re sick. But right, music evokes emotion. So if they’re listening to Shaggy music or reggae music, they’re not going to want to cut somebody’s head off,” said the artist, otherwise known as Orville Richard Burrell.

"There’re two things you want to do when you listen to reggae: You get somebody pregnant, or you’re fucking high. High people don’t want to kill nothing; they want to love. They need to bag some Jamaican weed and distribute it amongst ISIS. I guarantee there won’t be any more wars out there," he said in a derisory statement.

The musician, who has contributed to charitable causes throughout his career, dedicated one of his most recent songs, Go Fuck Yourself to the militant group and expressed his frustration when seeing the murders the group spreads online. “I get someone having a cause. I get somebody fighting for their cause. And I get that people struggle; I get that they suffer. But how does that justify killing your brother?” he said in the interview. “Taking their heads off and filming it... That’s a different level of evil right there”.

Summing up the interview, Mr. Lover Lover said “throwing some Bob Marley up in there” will bring peace. “Some of these world leaders need to be stoners though, really."