Shisha Made Entirely Out of Fruit? Challenge Accepted

Hassan Abdeltawab discovered Dilo Shishaking - King of the Shishas - and being competitive as he is, Hassan put together a video trying to outdo the King himself. 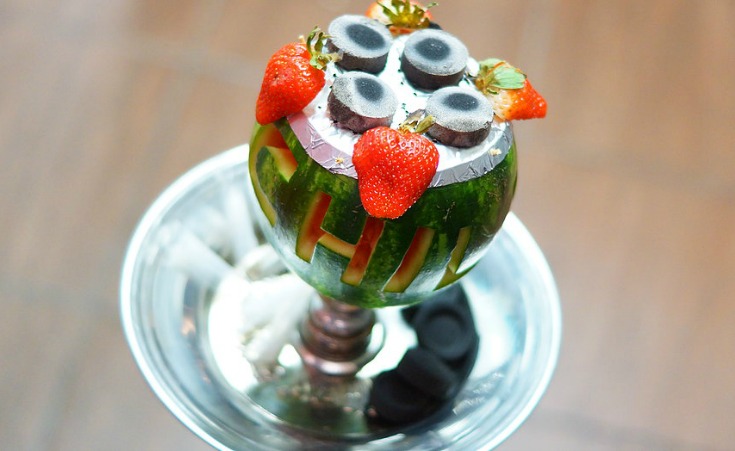 To be honest, I am not a big fan of shisha, but I do appreciate good art and craftsmanship in anything. So, as I am randomly scrolling through my Facebook news feed and I suddenly come across this guy named Dilo Shishaking. No, not 'shi shaking'; shisha king. Clicking on the video, I see a guy cutting up a watermelon and some pineapples. For a second, I felt the guy was nuts, but he actually started putting it together and you could see that he had just done something. He actually made a fully functioning shisha out of fruits and tooth-picks. It's ridiculous. Being a competitive man, my instant reaction was: challenge accepted! Fruits, toothpicks, and a videographer later, I tried to duplicate what Dilo the Shisha King did. So, does it compare?