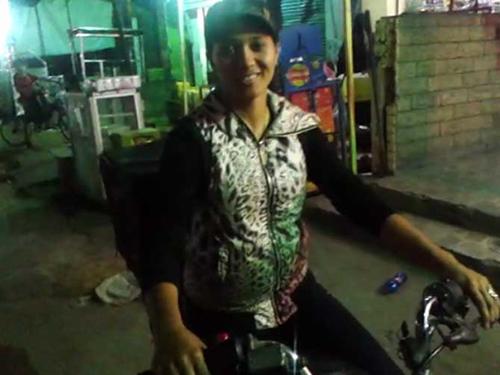 Meet 'Speedy' - Cairo's first female food delivery driver. Walaa 'Tayara' Adel, took the job in an effort to make some extra cash and indulge her life long passion for motorbikes. Ms. Adel, first began working at her uncle's restaurant aged 12 - shortly after her parents' divorce. Initially she helped her mother in the kitchen but over time she grew fascinated about the possibility of life on two wheels.

Her mother was furious about Ms Adel's decision to hit the road but she eventually relented and after some handy motorcycle-riding lessons from her uncle, Walaa Tayara was born. However, it hasn't been all freewheeling for Ms. Adel, as friends and strangers were stunned by her decision to become a motorcycle delivery driver. She said: “Sometimes I hear indecent words and accusations. I don’t stick these words in my head because I know that I am right.” Meanwhile, the Aljayara-born go-getter even managed to find love on the road.

She said: “My fiancée proposed to me because he perceives me as a courageous woman while I am driving a motorcycle. He lives in a nearby neighbourhood and I met him while I was repairing my motorcycle.”

The pair are set to marry early next year and Ms. Adel even plans to open her first all-female staffed restaurant in the near future. Hani Henry, a psychology professor at the American University in Cairo, said: “A huge sector of the Egyptian society still believes in gender role and gender socialisation. It will take some time for these beliefs to change.” On numerous occasions, Ms. Adel is subjected to verbal harassment and name calling, but that doesn't stop her.

Who are we stand in between of love? [...]
Week Month Year