Marking one year as the baddest motorcycle club in Cairo, the Skull Pharaos would like to cordially invite you to celebrate with them at The Tap Maadi this Saturday. Leather jackets optional. 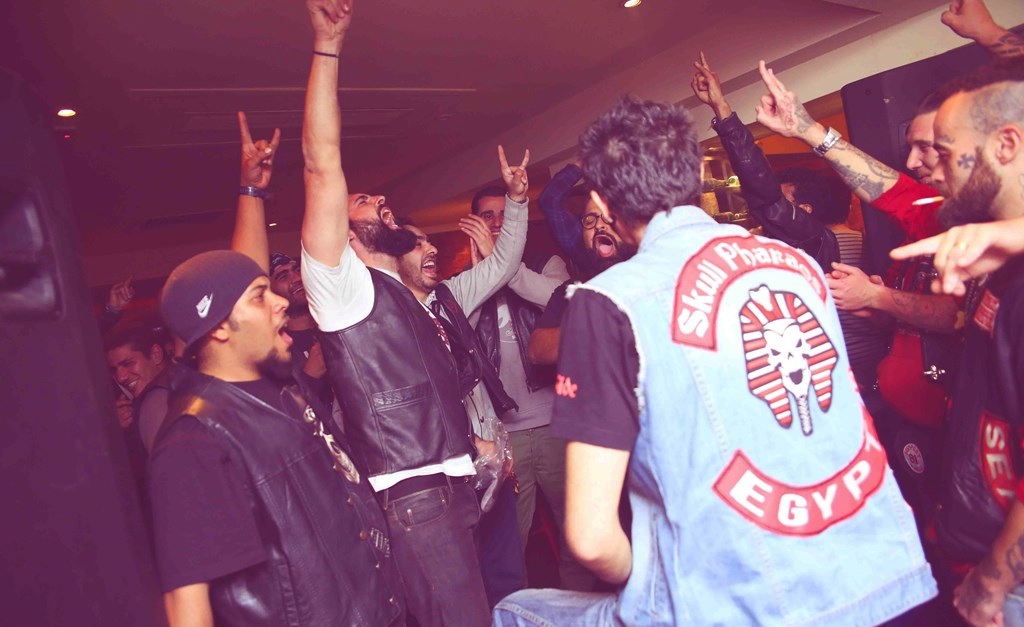 The Tap in Maadi has long been a haven for unique souls to express their individuality in the company of other free-spirited folks - while imbibing imported beers and devouring chicken wings. Being the definitive place to be in Maadi for all the best live bands and DJs, as well as jam nights, game nights and all other sorts of other shenanigans, has earned The Tap a reputation for being one of the most entertaining spots in the city.
This Saturday, The Tap Maadi will host a whole new kind of happening. The Skull Pharaos Motorcycle Club is going to be taking over the pub to celebrate their first anniversary in Egypt. Rather than a hostile takeover as some would picture a motorcycle club’s anniversary, the Skull Pharaos aren’t going to be doing anything extreme. “This isn’t like Sons of Anarchy," Tamer Emad, member of the Skull Pharaos and one of head honchos at The Tap jokes after he senses our trepidation at being told bikers are taking over The Tap. “It’s a brotherhood. When you join the club, you join a worldwide family,” Emad says. Being a supporter of one of the biggest MC’s in the world gives members a place to stay and a worldwide support system of bikers and supporters. “When you meet someone in the club for the first time they will love you and you’ll love them. We all look out for each other as much as possible, on and off the road.” Tamer describes most of their activities as road trips, listening to rock music and drinking beer. That doesn’t sound scary at all - in fact, it sounds like we want to hang out with these guys.
This Saturday will be the chance to meet some real-life bikers, Egyptian bikers even, as the Skull Pharaos Motorcycle Club celebrates one year in Egypt and has invited all of us to join in the festivities. If you somehow magically haven’t been to The Tap Maadi before, or else wise don’t know where the place is, just look for the place with a bajillion motorcycles outside.
Check out The Tap Maadi on Facebook and Instagram and the Skull Pharaos on Facebook.