An American teenager was banned from playing with her high school football team so long as she wore her hijab. Her team and coaches wouldn't stand for it - so they stood with her. 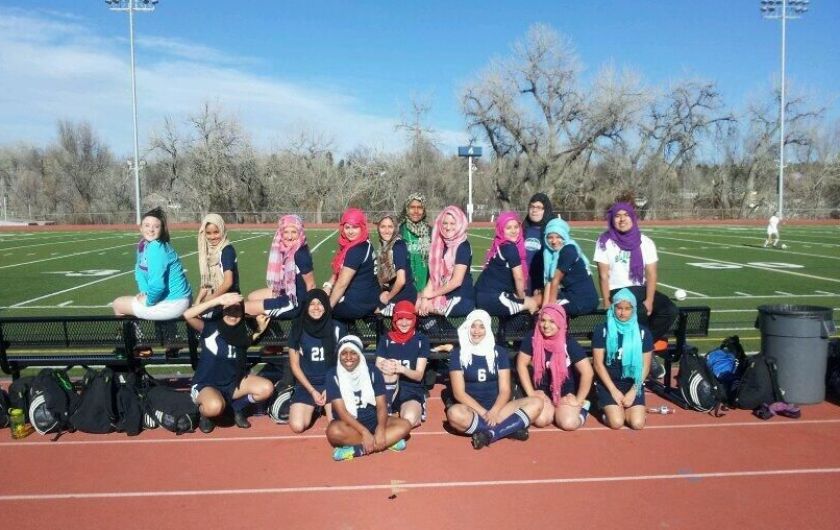 Despite FIFA – the be all and end all in football – having lifted its previous ban on female players wearing headscarves, high school referees in Colorado insisted that student player Samah Aidah not play until she removed her hijab.

In a moving display of solidarity, however, her team at Overland High School – coaches and all – turned up to their next match, all donning the Islamic garb. The team’s photo has become an overnight viral sensation with over 50,000 Retweets so far.