The governor of South Sinai revealed that the celebrations will be similar in scope to the Sphinx Avenue Parade, unveiling the renovations that have taken place across the governorate. 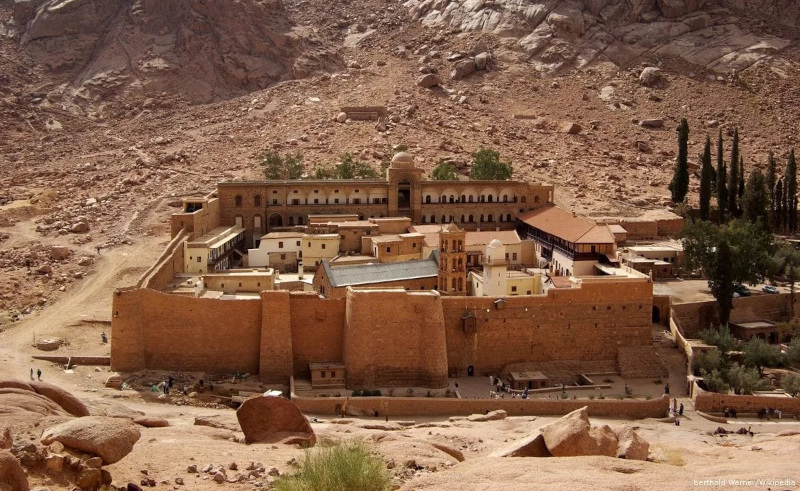 After months of renovations and upgrades, South Sinai is nearly ready to cut the red ribbon and unveil the completion of 'The Greater Transfiguration Project' with a grand ceremony on December 29th.

The governor of South Sinai revealed that the celebrations will be similar in scope to the Sphinx Avenue Parade, and will serve as a demonstration of the creativity and security present in Egypt. No details yet - we'll just need to wait a week or so for the big surprise.

South Sinai - and the city of St. Catherine in particular - has seen a series of projects including the construction of a new complex around the Monastery of St. Catherine to draw tourism and provide visitors with accomodation, the preservation of many of the churches within the monastery, and the implementation of an up-to-date lighting and security system. The governorate also received a number of hospitals and medical centres to promote medical tourism.

The area is considered a historically important site for all Abrahamic faiths. It is believed that Mount Sinai is where Moses spoke to the burning bush, and received the Ten Commandments. St Catherine's Monastery is one of the longest running monasteries, and contains one of the oldest continuously-running libraries in human history.