Take note corporations of the world: this is how you choose a spokesperson. 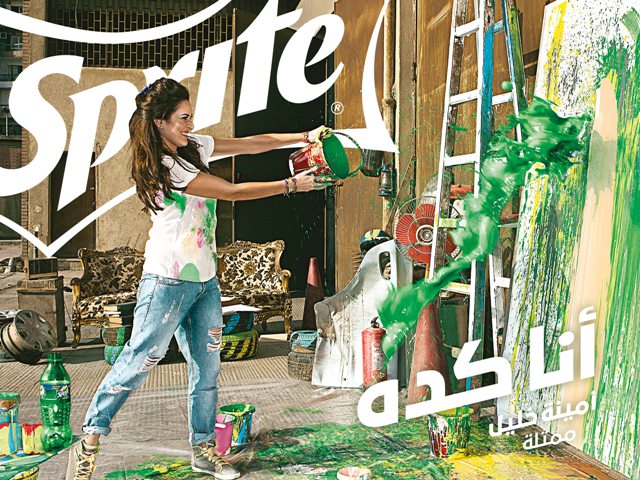 Greetings fellow consumers. We will speak in marketing now. You know how some of the biggest brands in the industry often use celebrity testimonials to up their game and remind us about how cool/sophisticated/sexy/daring/cool/ta3meya/fool they are? Well, fact is very rarely does that strategy ever work. Example: Tyler Durden (Brad Pitt's character in Fight Club) once valiantly said that "Advertising has us chasing cars and clothes, working jobs we hate so we can buy shit we don't need." Ten years later, Brad Pitt is the face of Chanel No. 5. Obvious strategy fail aside, have you seen the ad, people? It is literally nauseating. One thing we found particularly entertaining was counting the amount of wrinkles on Brad's face. Unless Chanel's target audience was senile earthlings buried six feet under, there was absolutely no reason why a forever young-looking George Clooney wasn't the face of No.5 instead. Also, no man in his right mind would want to buy that perfume because no man would knowingly break the rules of Fight Club. Ever.

To summerise: Had Chanel realised that Fight Club is a film that represents a testosterone nation and is actually synonymous with man, they wouldn't have possibly gone with an elderly Pitt who if anything, will send that awkward campaign backfiring all the way up their No.5 smelling asses. Long gone the remnants of your sex, Bradley. And long gone any chance of us buying a No.5 perfume, Chanel.

Anyhow. Sprite, unlike the notorious French luxury brand, is back with a massive bang. Sprite has cleverly thought out utilising celebrity testimonials and paid special attention to  picking two suitable candidates to represent their brand. And boy have they hit home run. It was obvious from the get go that Sprite's strategy aimed at tapping into Egypt's booming arts scene in all its forms; especially underground music, film, performing arts and more. Rising actress Amina Khalil is a young, motivated movie star in the making who studied at reputable institutions such as the Lee Strasberg in NYC and the Moscow Art Theatre in Russia. Khalil is fiesty and fresh and almost everyone within her age bracket will absolutely relate to her. A fabulous semi-documentary, her Sprite TV ad highlights Khalil's passion for acting and cinema and generally showcases her as a strong female role model for the young generation.

For the music segment of their campaign, Sprite has put the spotlight on Sary Hany, one of Egypt's most prominent underground musicians. Known for his unique productions and being a master of every single musical instrument known to man, there's no doubt that Sary's music career is about to sky-rocket. We can't think of a better musician to represent the brand, so kudos to Sprite for getting it spot on and for not choosing like, Adel Imam or something, to be the face of the campaign. Take note Chanel, take a very lemony fizzy note.