Star Wars fans across the world are buzzing with news that Episode VII is currently being filmed right here in Egypt. 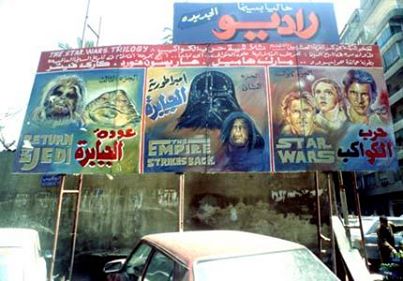 A long time ago, in galaxy far away, before the CGI graphics, there was a movie that changed how we viewed space travel and Sci-Fi movies. That film, of course, is Star Wars and recently, the internet has been flooded with rumours that they are currently filming in Cairo.

It is still unclear if this true, as the project is shrouded in massive secrecy. What we do know for sure is that a sequel is in the works, and has been slated in to start filming in May. This rumour spread on the internet after Jedi News claimed they were already shooting in Cairo and the story was picked up by Yahoo! News quoting:"A solid source has told Jedi News that 'Episode VII' is already filming in Cairo. That's right - already filming. Our source also relayed to us that filming is expected to be take place at some point in Abu Dhabi, though no further details were provided on that location."

It's hard to know if this happening or not, as the director behind the film, J.J. Abrams, is notoriously secretive with anything he is working on. Considering no cast details have been released, perhaps the director and his crew are scouting locations, as there weere rumours that they would be filming in different locations around the Middle East.

Hopefully this rumour is true, as Egypt desperately needs to find new ways to attract tourists. Considering that Star Wars fan still flock to the set of the original Star Wars set in Tunisia. Hopefully the galaxy set so very far away is closer than we could have ever imagined.