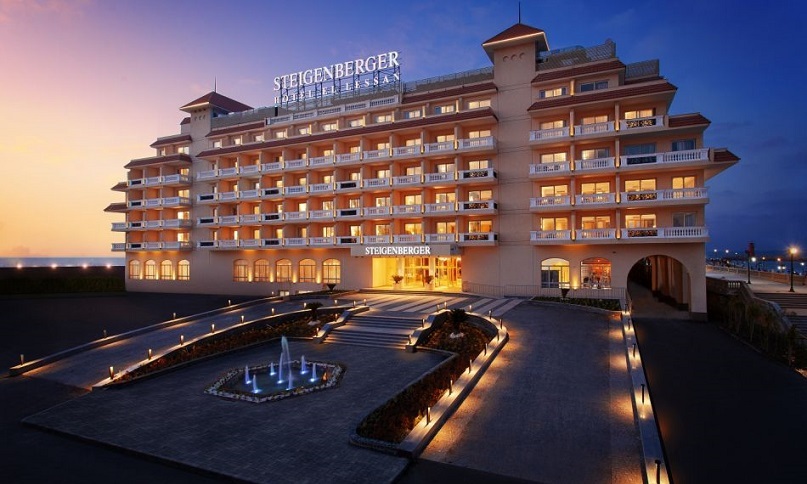 Steigenberger has officially reached Damietta with the brand new Steigenberger Hotel El Lessan, built right at the point where the Nile Delta meets the Mediterranean in the golden-age resort city of Ras El Bar.

Taking up a total area of 4,200 sqm, the new luxurious hotel offers 153 rooms, including 15 suites - but here’s where it gets cool: all the rooms look out at the estuary. Facilities include a main restaurant, the Sea Lobby Bar, four fully-equipped conference rooms, two large ballrooms, a gym area and a huge outdoor pool with a pool bar.

Plans for a roof deck restaurant looking out on the bodies of water are in place, and you can expect that view to be nothing less than stunning.

"Egypt is one of our most important and strongest growth markets," said Thomas Willms, CEO of Deutsche Hospitality, the umbrella brand of Steigenberger Hotels & Resorts. "The Steigenberger Hotel El Lessan is the first luxury hotel to be launched in the region. We have achieved a further expansion of our local presence."

Deutsche Hospitality is finally optimizing one of the most popular, but often forgotten, holiday destinations and resort cities in Egypt: Ras El Bar. Lined with white and pastel-colored beach houses, and famous as a fisher’s town and for juicy feteer and wooden furniture, the Lessan, where the river meets the sea, remains the number one hotspot Damietta is marked for. Dolphins and migrating birds often make appearances there too, and the town was basically the Sahel in 1950s and 1960s Egypt.