A World Health Organization report has ranked Egypt's air the sixth worst air to breathe in the world. 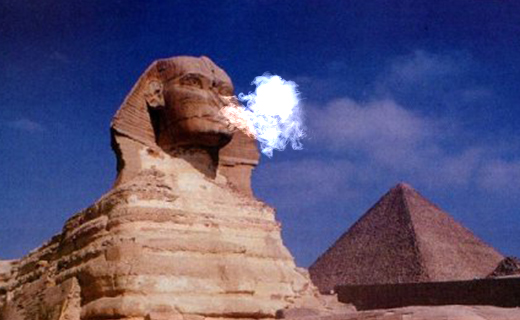 Hold your breath, Egypt: it’s official. The air we breathe is poisonous and has been classified by the World Health Organization as carcinogenic to humans.

Citing data from 2010, The International Agency for Research on Cancer reported that 223,000 deaths from lung cancer worldwide were the result of simply breathing the air. The IARC reviewed thousands of studies on air pollution over decades and are now confident to declare the air we breathe as a “Group One human carcinogen,” sharing the ranks with more than 100 other known cancer-causing substances such as asbestos, plutonium, ultraviolet radiation and tobacco smoke. Egypt ranks sixth on the worst air pollution charts. Much of this pollution can be attributed to the large population and driving old cars, not equipped with catalytic converters, as well as the burning of rice fields and garbage on a daily basis.

This is terrible news for all, but may explain why many of the Chinese population already wears medical masks. For the longest time, many believed the rapid industrialisation occurring globally was degrading the air quality, but the statistical evidence hadn't been gathered until now to support the claim. According to Dr. Christopher Wild, Director of IARC, the reason the supporting evidence was lacking was because "often we're looking at two, three or four decades once an exposure is introduced before there is sufficient impact on the burden of cancer in the population to be able to study this type of question."

Now, there are many claiming that simply breathing in Egypt’s air is the equivalent of smoking a pack of cigarettes a day. These findings should alarm everyone, especially pregnant women. If Egypt is looking to turn a new leaf, maybe it is time to start thinking about how we can improve air quality before it is too late. As for the many smokers in Egypt, this study will have people thinking twice about quitting as it seems like the old saying is true: damned if you do and damned if you don't.