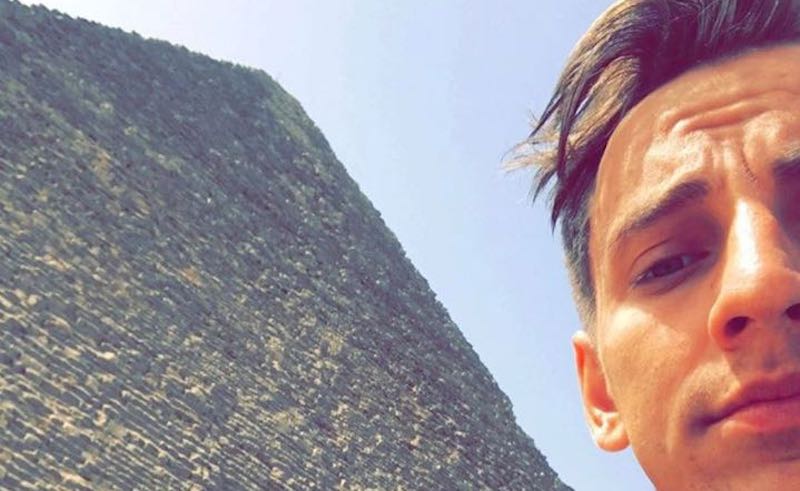 Stop whatever you’re doing, the Internet’s most daring prankster, Vitaly Zdorovetskiy, is in Egypt!

From pranking strangers with fake spiders, to getting arrested for running shirtless on the field during the 2014 football World Cup finals, the troll master has posted photos of himself touring the pyramids and even singing happy birthday to an Egyptian fan.

Zdorovetskiy has 9.2 million subscribers on Youtube and 1.3 billion views on his YouTube channel. We wonder what on earth he’ll be getting up to in Egypt!

Check out the some of the photos he posted below. Instagram lifestyle blogger and stunt daredevil, Jay Alvarrez has also been spotted with Zdorovetskiy in Egypt. Alvarrez has a crazy 5.1 million followers on Instagram and is famous for his spectacular photos of gorgeous scenery (and his super toned body), as well as his tendency to stunt anything unordinary.

Check out the fan video below.