These nine Egyptian female synchronised swimmers who will be competing in Rio's 2016 Summer Olympics are about to put our swimming skills to shame. 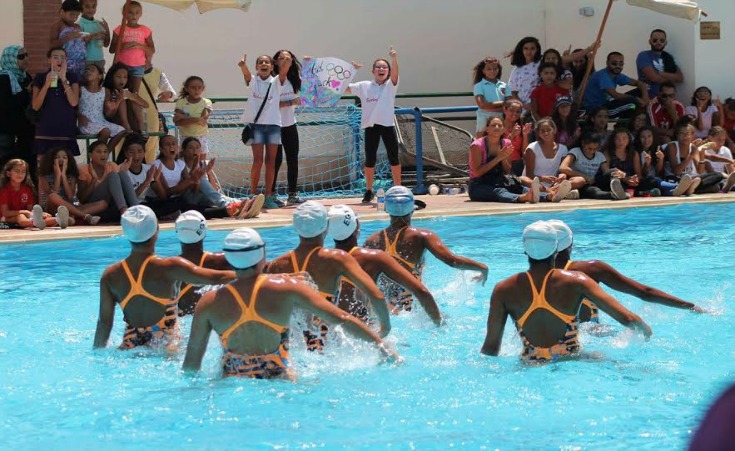 Training for over 15 years, six days a week, and five hours a day, the Synchronised Swimming Team, made up of nine phenomenal female Egyptian swimmers, who will soon be competing at the 2016 Olympics in Rio de Janeiro.

Having been trained since as early as the age of four, the now-19-and-20-year-olds are set on honouring Egypt in Rio. Synchronised swimming, which includes different forms of sports and levels of endurance, is composed of swimming, gymnastics, and ballet, performing a synchronised routine of elaborate moves in water, accompanied by music.

Of course, being the top synchronised swimmers in the entire continent did not come at an easy cost. Dalia Abbas, the mother of Dara Hassanein, one of the competing swimmers – whose father produced the video – gives us a glimpse into the many hardships faced by the Olympiads and their parents, “My daughter has been training since she was four and a half years old. Of course, it started gradually with Dara, who played gymnastics and ballet in the beginning, but then when I saw water ballet, which is what it was called back then, I was adamant on exposing Dara to synchronised swimming, which she found fascinating as well.”

A stunning video below shows the girls, and some of their breathtaking moves, beautifully working together in the team which was introduced by Ms. Sophie Sarwat, the African champion who has landed high ranks in international games:
Abbas explains that a lot of painful hours in practice had to be paid as a price, as well as daily compromises by the girls trying to balance university studies, with vigilant practice, as well as maintaining a social life. Abbas adds that “Waking up at 5 AM to head to practice, then heading directly to school, then some more practice, only to come home to studies and school work is not an easy balance.”

For this reason, many girls had to drop out of the team to pursue their higher education and more ‘normal’ social lives. “This, however, does not mean that balancing is impossible – two of the team members are engineers, and one of them is an applied arts student, a major which requires a lot of effort and time,” Abbas adds.

The mother who has been by her daughter’s side, encouraging her throughout, and being there for her for the entire 14 years of her swimming career tells us, “It takes guts. I feel like I, myself, am marathoning with her. She is my source of pride, and I am sure this experience will prove to be very rewarding for her now, and in the long run.”

We can only say that the dedication and excellence of these young swimmers deserves encouragement and support from their people across the country, and the whole continent.