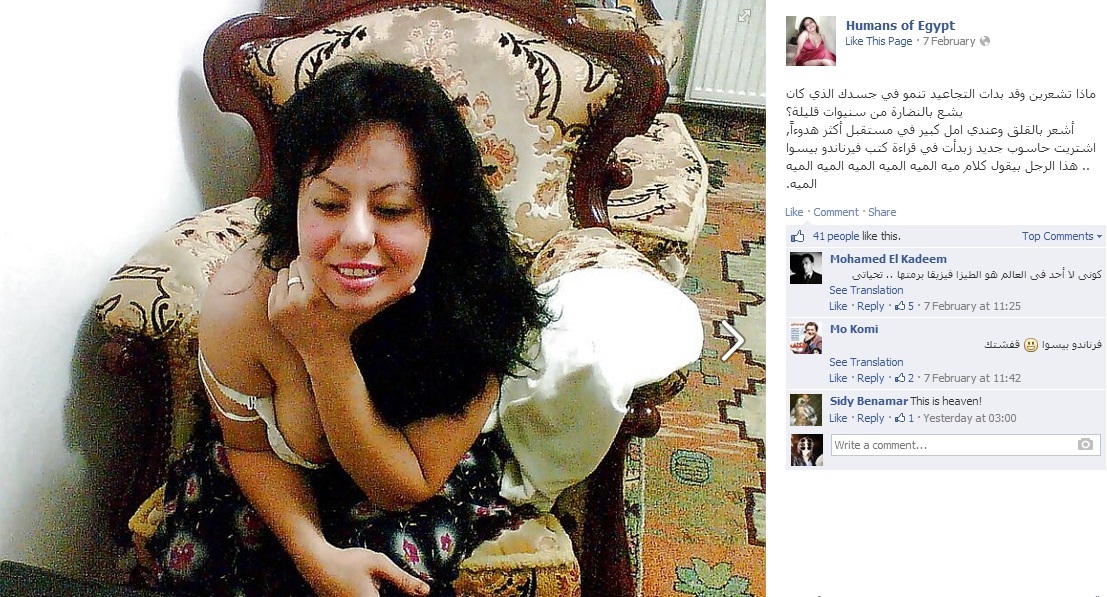 Leave it to Egypt take a beautiful concept and turn it into something twisted, uninspired, and just plain ugly. We're refering to the beautifully inspiring Humans of New York website, Facebook page, and published book, that sheds insight on the lives of average New Yorkers amidst their daily routines.

The project is amazing, as the stories told are not sensationalised accounts or sob stories, but the reality faced by ordinary people getting on with their lives. The website is made up of a collage of photos of different characters and little snippets of conversations that transpire between them and photographer Brandon Stanton on the streets. The wide array of diverse characters is what makes this project both insightful and inspiring.

So how does Egypt fit into this story? Well, just about any creative concept that gets popular online ends up coming to Egypt to die. Often, when Egyptians copy a good idea it often turns out lame, but this adaptation misses the mark more than usual. How bad is it? Well, instead of catching people on the streets going about their routines, the Humans of Egypt Facebook page has decided to find people not in the streets, but in their bedrooms, half naked, wearing lingerie.

Most of the images are plus size women, who are very comfortable in their own skin, which is great, however, it isn't the point of the initial project. The actual humans of Egypt are not starving for attention to the point of taking everything off. The page saddens us as once again a great idea is stolen, and turned into something so stupid that brings down the whole of Egypt.

If the intention is to show plus size women as being beautiful, then the name of the project should be something apt. Hijacking a name and bastardising the concept is not doing it justice. The least they could have done is rename it the Plus Size Humans in Egyptian Bedrooms. The only thing this website managed to do is inspire us at CairoScene to actually take to this streets and find the real Humans of Egypt, so that our country doesn't look like a joke, when we mimic great ideas.