Summer Solstice is going to light up Egypt's Karnak Temple

Amon-Ra is going to be a little cranky as the sun shines right into his temple in Karnak, interrupting his endless slumber. 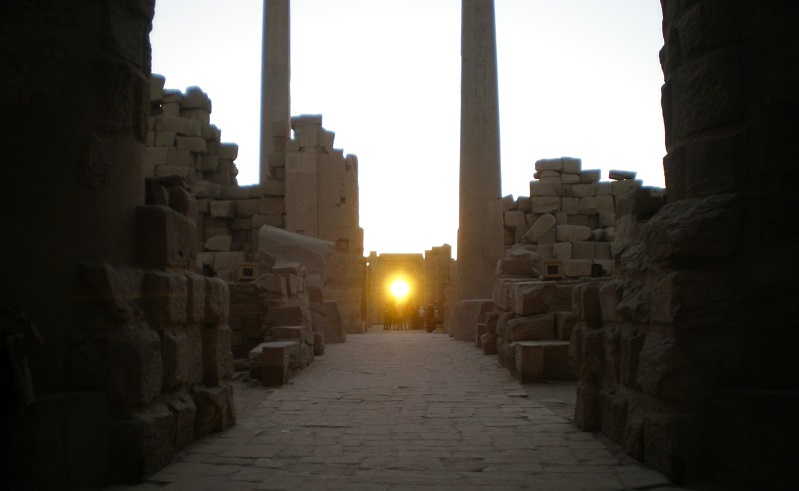 Summer's longest day is finally here, and with it, the summer solstice will mark the middle of summer, and for all you ancient Egyptians out there, happy new year! Summer Solstice isn't just an ancient reminder of the annual Nile floods; during Sunset on Thursday June 21st the sun will shine through the western gate of Karnak Temple and illuminate the inner sanctum of Amon-Ra's temple - otherwise known as the Holiest of Holies - as it has every summer solstice since the temple was built.

Ahmed Abdel Kader, a specialized researcher in astronomical tourism, believes that this phenomenon could "be utilized to revive tourism and spread knowledge about the ancient Egyptian civilization," as stated to MENA. Ahmed also stated that this architectural expertise is proof that Ancient Egyptians were "world wide pioneers in the field of astronomy," as seen on Egypt Today.

This astronomical event occurs twice a year, with the second occurrence during sunrise on December 22nd. The sun illuminates the inner sanctum of Amun-Ra and then moves towards the temples gates, and if you're really lucky you might catch Indie trying to gain access to the massive un-earthed temple underneath.

The Giza Pyramids are also aligned with sun, adding to the mystery and wonder of Egyptian architectural prowess as well as their infatuation with the Sun and the stars.