CCTV cameras are just one of the measure the governorate has taken. 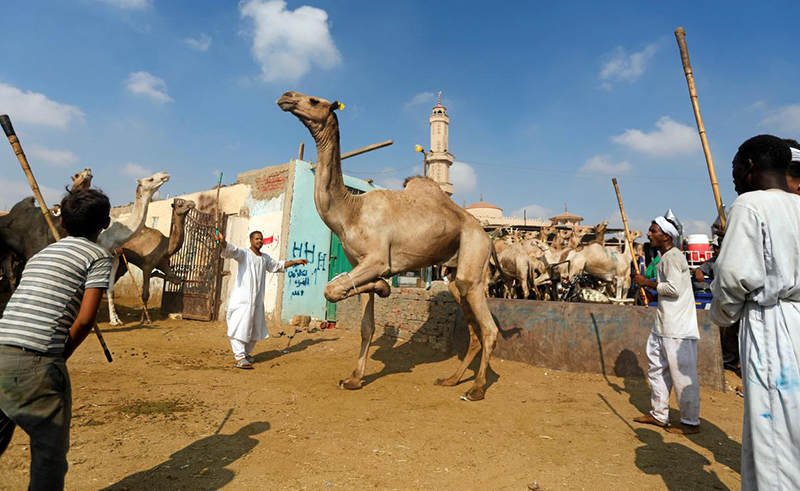 In response to the public outcry triggered by news that three merchants were arrested for animal abuse at Cairo's Birqash Camel Market, the governorate of Giza has installed a surveillance system in and around the market, according to Egypt Independent.

Governer of Giza, Ahmed Rashed, revealed that cameras have been installed in 34 barns, which will be monitored by designated officials from a main control unit. Rashed added that the the governorate will host seminars dedicated to educating and raising awareness on the issue.

Meanwhile, the Veterinary Medicine Directorate has ensured the veterinary unit present in the market site is fully equipped to care for sick animals, while also revealing that senior staff and the teams of the preventive medicine and human resource administrations in the area Mansheyat al-Qanater raided in the market after reports of the abuse.