The Tap is Taking on The North Coast

Brace yourselves because what we're about to reveal is a game changer; The Tap is opening up a new branch in Marassi this summer. Think chilled vibes, the freshest concoctions and buckets of fried calamari by the beach... 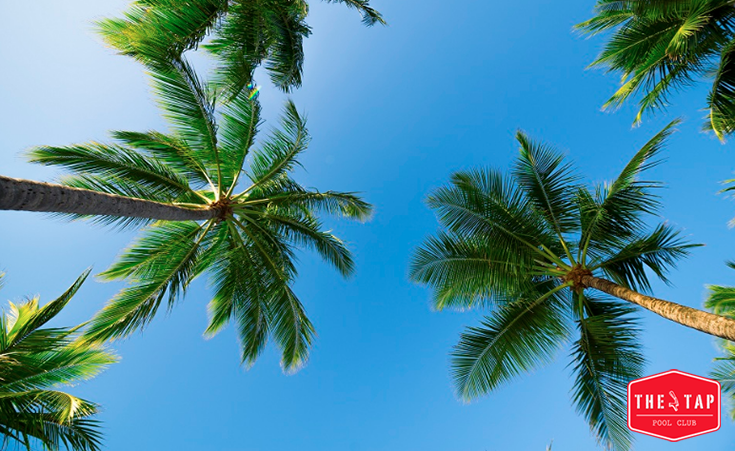 The countdown is officially on until Ramadan is over. As much as we love this glorious month of konafa and karkadehwe’re excited about the fact that we're closing in (sort of) on Sahel season and that those beach waves are about to become our best friends. Skipping town for sun, sand, and sea is just on the horizon and fortunately for us, there’s a new addition set to hit our favourite warm-weather paradise in the form of an iconic bar and grill with convivial British vibes - The Tap will be opening up a new branch in Marassi this summer!

For us, summer is a sacred season that allows us to escape the grind of adult responsibilities; it’s the time to loosen up, chill out, eat appetising food, and lie on chaise longues for hours at a time without feeling the slightest bit of guilt – and that’s exactly what we’ll find at The Tap North. “We all know that the nightlife scene in Sahel can be quite intense, and that’s why we decided to open up there. Girls don’t have to wear heels and get dressed up - it’s all about the comfort,” explained co-owner Galal El Kerdani. Finally ­– a spot where girls don't have to teeter around in heels and guys don't need to fret that they won't get let in because their shorts aren't fancy enough. Can we get a hallelujah?

The design is somewhat different from what we’re used to here in Cairo. It’s constructed on a vast garden with a big square pool in the middle, surrounded by cabanas and picnic tables. “On the right of the pool are several games, on left is the bar, and behind the pool are two volleyball courts and a ping-pong area,” El Kerdani reveals. On Wednesdays, they’ll host a Hip-Hop night, and Thursdays and Fridays DJs like Amr Hosny and DJunkie will be playing from 11 AM until 1 AM (3 AM on weekends). In addition, once a month they’ll have a live band perform.

And let’s not forget the pub's mouthwatering burgers and those signature chicken wings that have elicited horrified stares at our table manners on more than one occasion. A little cheat day or ten never hurt anyone. Aside from their typical menu, The Tap North will have a few new additions to fit the summery season. “We’re adding buckets of fried shrimp, calamari, and fish. Screw formet el Sahel. The Tap North, we’re coming for you baby!

You can check out the Tap North on Facebook here.