Kicking off this season's El Fusion with a multi-cultural band, we headed over to Cairo Jazz Club for some real music and got much, much more... 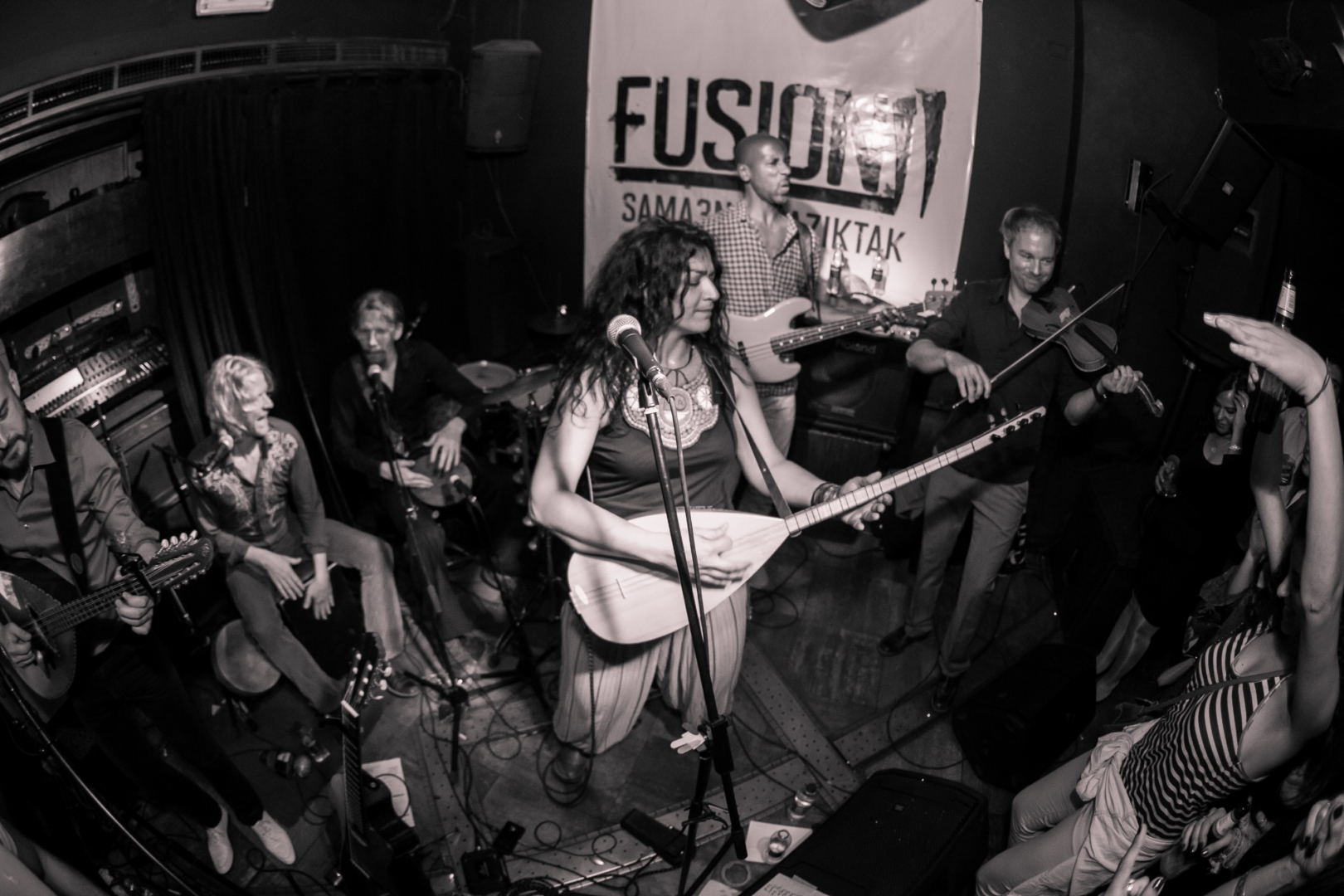 When CJC said to the world “sama3na maziktak” we knew we were in for a treat. Kicking off this season of El Fusion with a bang last week, the seasoned stage played host to two very different, yet intrinsically connected acts, kicking off with Sweden’s quirky Tarabband and rounding off the night with the musical stylings of good old Wust El Balad.

The historic venue was packed to the brim as the unmistakable Nadin Al Khaldi – Tarabband’s magnetic frontwoman – took to the stage to introduce the band to the music thirsty crowd. Met with appropriate whoops and whistles, she took no time at all to get into the groove, belting out unique pop-meets-tarab­-meets-baladi ballads. With an assortment of Oriental instruments in tow, her five-piece band showed the Arabs how it’s done, having mastered the Riq and Tabla, while Khaldi rarely let go of her Oud, contrasting with the strings of a classic Spanish guitar and violin. Khaldi’s velvety vocals carried through the venue to the extent that she almost didn’t need a mic.

In the quick interval between the acts, we partook in a little selfie challenge that was going on where a certain company promised free t-shirts if you were brave enough to ask a random reveler to take a selfie with you. We got about six t-shirts. Beat that. Meanwhile, the bar was working at full capacity – apparently Cairenes like their fusion with a side of mixed drinks – and merriment turned into a magical feeling in the air as we anticipated Wust El Balad’s explosive set.

Naturally, they did not disappoint as they pulled songs from their decade-long repertoire, fueling some seriously old school dance moves, as the crowds switched the usual fist-pumping and head nodding for some happy grandma clapping and shoulder shakes. Always drawing in a crowd, you could barely move for happy faces and  shimmying butts as Egypt’s first and perhaps finest underground band did what they do best; rock.

This Wednesday, El Fusion hits the stage again, as Cairo Jazz Club invite Palestinian/Jordanian Rap/Soul/Reggae/Rai band, 47 Soul to bring a bit of flavour to the stage.  They’ll be followed by local band Sooparlox who we all know and love for their unique live Oriental/Indie/House/Funk tunes. Why so many slashes? Well it’s El Fusion – what did you expect?

Book your spot for the next El Fusion using Tazkarty.net.