Thank You For Not Smoking

Nicotine withdrawal makes us do crazy things, but this Egyptian woman living in Sharjah unleashed a whole new level of cray when she was denied cigarettes. Watch the video here. 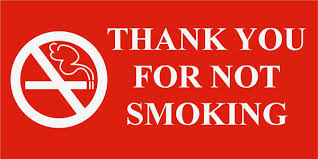 Anyone who smokes knows the craziness that overcomes you when you’re in need of a cigarette. One Egyptian woman living in Sharjah took it to a whole new level.

A new law banning cigarette sales in residential areas and near schools caused a 38-year-old woman to throw a fit of epic proportions in a local supermarket. Destroying goods worth over 45000 Dhs and threatening the storeowner with a knife was this woman’s logical reaction to being denied her precious nicotine. Scared for his life, Abdul Salam, owner of Haram Al Madeena supermarket, left his store and called the police. Thankfully, he caught the entire event on tape.

Officials say the woman is now in custody awaiting a psychological assessment. They believe she is mentally ill, saying her behavior was borderline psychotic.