The Battlefield is Coming

Get ready to strike your opponents down without actually hurting them and extract the sweetest revenge out there: victory. We find out about the first combat games facility in Egypt. 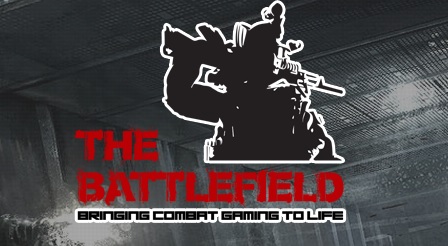 When the word “Battlefield” comes to mind you normally tend to think of war or a video game, which is perfectly reasonable. We all know how much the Call of Duty franchise has taken the military gaming world by storm and as for real life war, that's not doing so bad either...

But what if we told you experiencing Call of Duty in real life was just a stone's throw away? Of course, not literally because here’s no re-spawn button in life. But imagine the an extreme version of laser tag, complete with missions, weaponry and varied terrains and that’s exactly what The Battlefield is going to offer us.

Let’s just give a big round of applause to Mohamed Raouf, the man who’s making all of this possible. While moving around abroad, this ideas man has always had a fascination for anything military. And, like a lot of great endeavours, the decision to bring the thrill of the fight back to Egypt. Wanting to elaborate a bit more on the concept of laser tag he decided to meet up with some people in the field to make it happen.

One of those people was an Egyptian Special Forces training field expert whom he soon befriended and, together, with his outstanding team Yousef Sabry their creative director and Lana Sawiris the branding executive they began to get the ball rolling. After waiting around for a year to get all the permits required, they decided to start structuring an indoor arena located at the Concord Plaza Mall. With all the thought an expertise put into making this dream a reality, you already know it’s going to be pretty epic.

But what do you have to look forward to aside from extracting revenge on your enemies without actually hurting them? Victory is always the sweetest revenge and with games costing between 100-200 LE it's going to be money well spent. Just imagine a team building trip where you get to shoot your boss with an array of machine guns and assault rifles...

If you want to check out the countdown to the opening don’t hesitate to check out The Battlefield's website here.