The Mokkattam Hills Were Alive With The Sound Of Music

We headed to Uptown Cairo to take in the musical of the classic film, The Sound of Music. And boy, were we blown away... 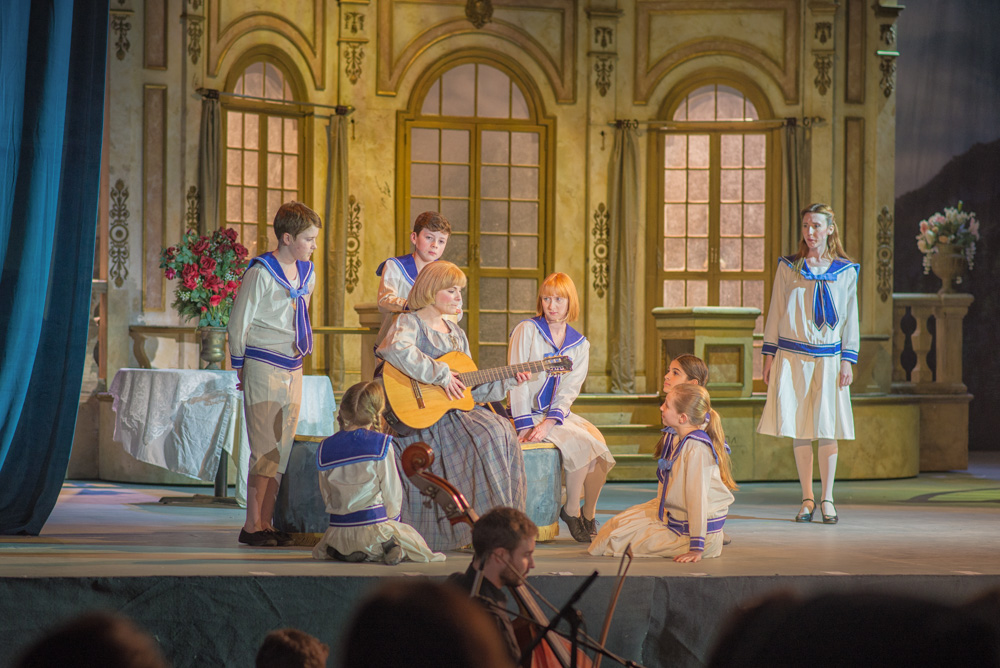 The hills were alive with the sound of music last night as The Sound of Music musical opened in Uptown Cairo to an amazed crowd that came to watch a classic come to life. After the stages of London’s West End and New York’s Broadway, the hills of Mokkattam were filled with the melodies globally known from the movie with the same name, in which a young Julie Andrews skips through the Alps, and sings about her favourite things.

The heart-warming story of Maria and her quest for love while singing about it perpetually captured the audience at Uptown Cairo. Our hearts melted when Liesl fell in love with Rolf, the Nazi boy, in front of our eyes. We know this is acting but their genuine performance, sitting on a bench, serenading each other with the surrounding backdrop of the Uptown version of the Swiss Alps was as perfect as the performance of Maria who conveyed her talent by portraying the sparkle of a young Julie Andrews.

All the Von Trapp children made their way into Maria’s heart. It was Gretl, however, who sang her way into the hearts of the audience. Capturing a young spirit, paralleled with amazing talent both as a singer and a performer, had the audience in awe. The responses to the youngest Von Trapp child equaled the response Common and John Legend got at the Oscars this week. Almost.

Most prominently, the good vibes coming from the production seem to be attributed to the performers’ own excitement. Weeks of preparation paid off in this perfect rendition of The Sound of Music and we could feel they were as excited about it as we were. Fun and exhilaration was all but visible in all performances, and it was truly palpable how much effort and preparation went into this ground-breaking performance.

Next to the impeccable production, it was the beautiful costumes that had us doubt we were in fact in Cairo. Authentic and colorful, costume design made the show visually palpable. In fact, the Uptown version of the 1965 movie classic was so faithful to the original that it was really just a live version that made us believe we are fleeing the Nazis ourselves.

The actual show, which had us perfectly entertained for three hours, was accompanied by the Von Trapp inspired family dinner we enjoyed at the Clubhouse beforehand. The venue really thought of everything since everything was in sync with the flavor of 1939 Austria. Without spoiling the end for those who live behind the moon and have never watched The Sound of Music, we were happy to realise that there is such thing as a Happy Ending in Cairo, even if it was created for the stage of Uptown Cairo.

The Sound of Music will play at Uptown Cairo until March 3, 2015 to the delight of Cairo’s musical lovers. We know we’ve seen it but for the rest of the run we have to resist the urge to go see it again. Instead, it’s rewatching The Sound of Music on our old VHS recorder all weekend. Not the same, but it will make do.