CAIROSCENE EXCLUSIVE: The people behind the Oscar-nominated, The Square, tell us that they'll be posting the full movie on their official YouTube channel soon, circumventing license and censorship issues that have plagued its release in Egypt. 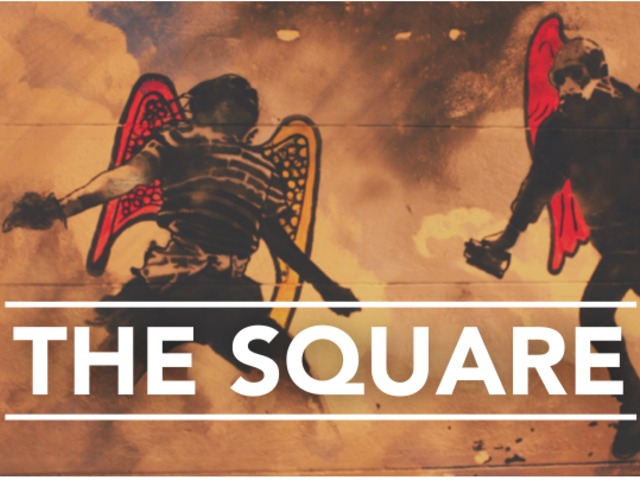 It has been a good year for The Square. The film has enjoyed staggering international success – being screened in select US theatres, picking up prizes in Toronto and Sundance before boasting cinematic bragging rights by being nominated for the top industry gong, the Oscars. But the movie has been having a hard time returning home, fearing that its controversial nature and anti-military stance would be received as well as a Jew inside Egyptian borders. But all that changes now, as exclusive sources tell us the truth about The Square, announcing that it will be hosted on the film’s official YouTube channel for everyone to see, for free.

Initially scheduled for a couple of screenings during the 6th Panorama of the European Film in December, the movie disappointed hungry cinephiles with a no show. Since the film only received a tacit verbal approval from the censors, the producers were reluctant to screen it, fearing that they could find themselves defenceless against a potential backlash from the authorities.

Flash-forward to today and light is finally visible at the end of the tunnel. The producers of the film have found a home at home, signing a contract with Misr International Films (MIF), giving the Youssef Chahine founded company theatrical distribution rights in Egypt.

However, after being screened by Netflix on January 17th, the movie was subsequently pirated and devoured by the online community, finally elated to get their hands on the most hyped documentary in Egyptian history.

Initially caught off guard by the scope and speed of the pirated dissemination, the distributors and the producers have finally decided against fighting the overwhelming piracy to instead allow its various clandestine public screenings, integrating a revolutionary spirit into their business strategy by believing that the important content of the film supersedes the thickness of the wallet. The Square will therefore be available for free on the film’s official YouTube soon*, offering the viewers the high quality and authentic version that seemed to be missing from the plethora of handicapped online links.

In parallel, MIF are working hard to release the film theatrically in the framework of their Zawya project, an initiative that aims to give a heartbeat to alternative films in a market saturated by Hollywood movies and an El Sobky fetish. They are beginning the process of submitting the film to the censors, hoping that the momentum the film has gathered will force the hand of the authorities into granting them a green light.  If they do get it, you can expect The Square to be screened in a couple of theaters across Cairo soon, finally allowing The Square to come full circle and get the experience it deserves: a cinema screening in its home country.

* This article was edited. It originally stated that the film will be on YouTube on January 23rd. However, the team behind The Square have informed us that the exact date is uncertain. We will update you as soon as a date is confirmed.