'The Book of Two Ways' will guide you through the afterlife to the one and only Osiris. 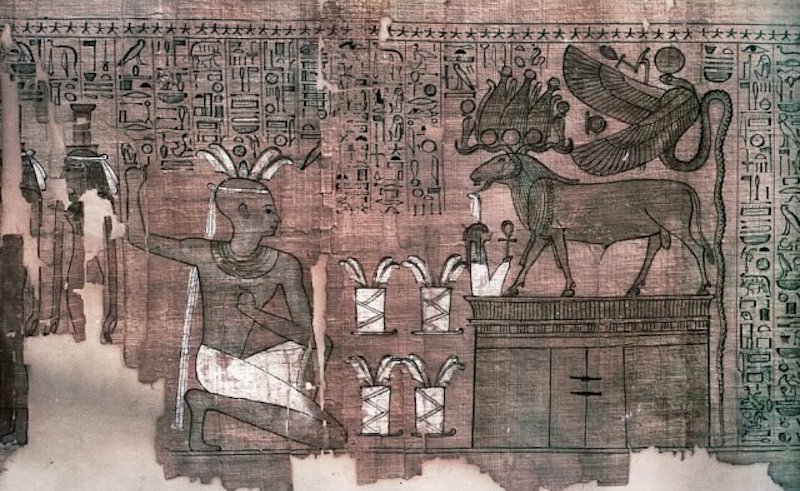 A 4,000-year-old guide to the Ancient Egyptian Underworld titled ’the Book of Two Ways’ was just recently discovered, painted on the insides of a sarcophagus, becoming the oldest illustrated “book” to be discovered to date - a civilizational first, if we may. This version of the illustrated guide, painted as a map to be navigated accompanied by instructions was found on the insides of a high-status woman named Ankh’s coffin in Dayr al-Barsha, and is the oldest of the 24 copies in existence. “The ancient Egyptians were obsessed with life in all its forms,” says Rita Lucarelli, an Egyptology curator at the University of California, Berkeley, in an interview with Franz Lidz for the New York Times. “Death for them was a new life.” The Book of Two Ways is a blend of heiroglyphics and images with a map of the ancient Egyptian underworld, featuring two pathways - one by land and the other by sea. All roads lead to ‘Rostau’ though, where Osiris, god of the afterlife awaits them. This user’s guide to the newly dead to the afterlife also contained spells to ward off demons Ankh expected to encounter. Although initially discovered in 2012 during an excavation, the text escaped the attention of both gave robbers and archeologists.

What do you think awaits us in the after/underworld? Do you think you’d want a copy of this manuscript?