The Tale of The Clouds and The Nile: The Nile Choir's First Musical Operetta

The Nile Choir opens the Nile Project's artistic process to amateur musicians and interested individuals from all 11 Nile basin countries, and now they're finally about to perform. 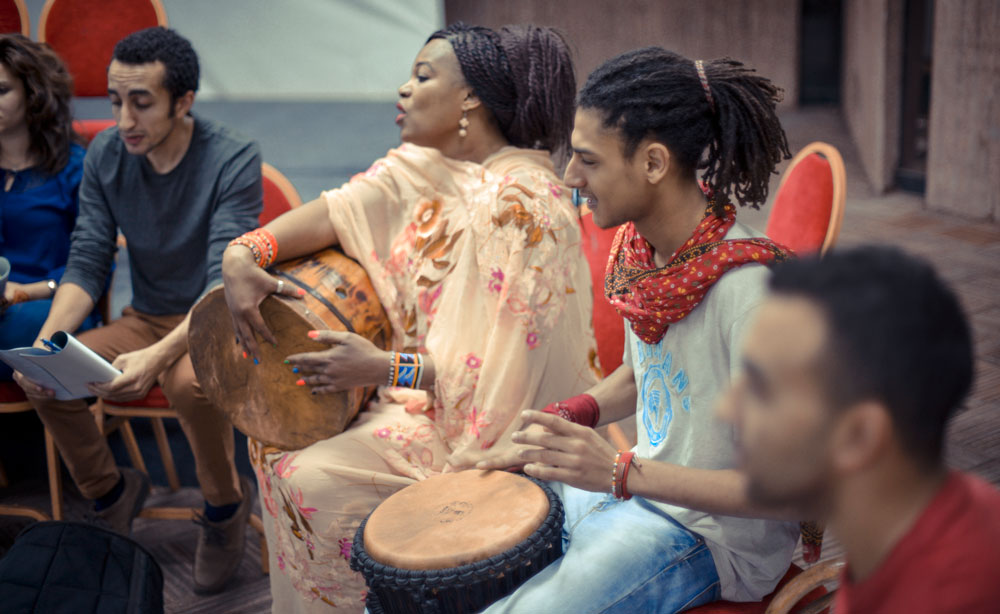 The best things in life originated in Africa; mathematics, astronomy, boat making, diamonds, Jazz, twerking, Beyoncé’s derriere, not to mention the entire human race, are just some of the many wonders to have emerged from the dark continent – although we are seriously considering recalling all 7 billion people over deadly character flaws.

Old as we may be, this dog can still hunt; our latest gift to the world was uncovering The Nile Project, which brought together artists from all 11 Nile basin countries to form a colourful collective that combines their contrasting sounds in perfect harmony. But the process doesn’t end here; Egypt being a transit country for many African refugees, the opportunities for musical collaborations to define Africa with a unifying sound abound! The Nile Choir, a community program launched in April by The Nile Project in partnership with founder of Mashrou3 Choral (The Choir Project), Salam Yousry, renders singing the Nile a more probable proposition. “We launched in April to open the Nile Project's creative process to anyone who's interested,” President and CEO of The Nile Project Mina Girgis tells us. “The result is a choir made up of amateur and professional singers and musicians originating from many Nile countries (so far we have Egyptians, Nubians, Sudanese, South Sudanese, Eritreans, and Ethiopians) who have collaborated on writing, arranging, and performing songs that evoke the Nile in many creative ways.” Like The Nile Project, the community program succeeds where governments have failed. “The Nile Project is built on a few principles, such as cross-cultural dialogue and collaboration, participatory leadership, and collective creativity,” Girgis says. “The Nile Choir embodies all these principles while making them available to anyone who'd like to engage in our creative process. And we're excited to replicate this exercise in several other cities in the Nile Basin including Khartoum, Addis Ababa, Nairobi, and Kampala.” Cairo is in for a treat this Saturday, May 28th, as The Nile Choir is set to give its first performance! The gargantuan event takes place at the Falaki Theatre where they will be premiering their musical operetta, The Tales of the Clouds and The Nile, which tells the story of real and imaginary Nile creatures who meet while escaping drought. “Over the past two months, choir participants have worked under the supervision of Salam Yousry as well as several Nile Project musicians (Ahmed Omar, Asia Madani, and Adel Mekha) to write these pieces, compose them, arrange them, and rehearse them,” Girgis reveals. We had the opportunity to listen in on the rehearsals, which take place right below our office at The Greek Campus! And we don’t drop our urgent business and cigarette breaks for just anything, so you need to get your ass to this performance because these guys are good.