An Egyptian PhD student in Canada has come up with a groundbreaking new traffic light system that can reduce traffic by 40%. 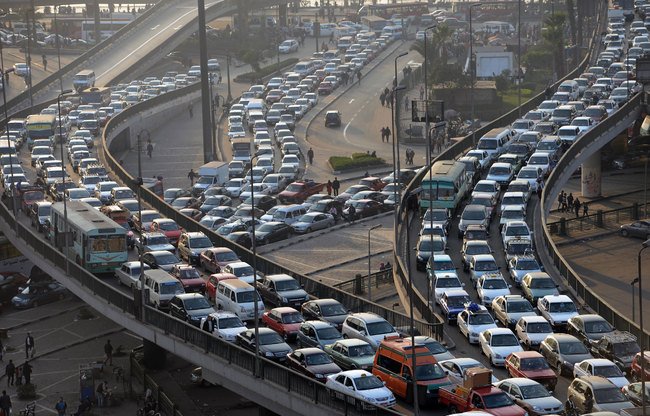 There isn't an Egyptian in the world that enjoys traffic, or spending what seems like half a lifetime in it. With all the advancements in technology, you would think that someone would come up with a new solution to a modern problem that finds itself stuck with age-old ideas.Luckily, there is an Egyptian who might have actually come up with an innovative idea that can help reduce traffic.

Samah El-Tantawy is Egyptian working on her Phd at University of Toronto. This brilliant innovator has come with the idea of applying Game Theory to traffic lights, instead of coordinating all the traffic lights from a central control system. The results were surprising; by having each traffic light use artificial intelligence and decision-making strategies that make up the basics of game theory, the traffic lights began coordinating with themselves to keep traffic flow moving at any moment.

"In layman’s language," El-Tantawy said in a U of T news release, "the [traffic lights] act as a team of players cooperating to win a game — much like players in a soccer match, where each player endeavours to score, but at the same time considers the ultimate goal of the entire team which is winning the match."

The traffic were put to the test in 60 downtown Toronto intersection which resulted in a startling 40% reduction in traffic delays, and reduced travel times by up to 26%. This is wonderful news, as traffic is really bad in Toronto, but even worse in Cairo.Hopefully it is a matter of time until this technology reaches Egypt, but then again we don’t really have traffic lights to upgrade.