“What’s in a name? That which we call a rose by any other name would smell as sweet.” Not when it comes to restaurants though, as our resident foodie finds out… 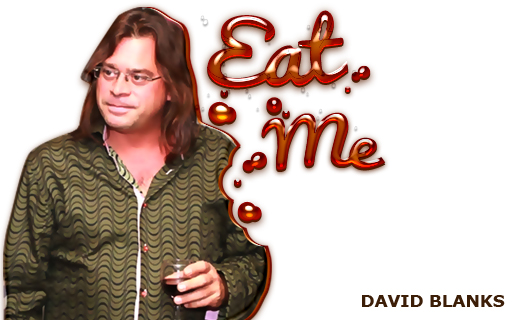 Why anyone would call their new pizza joint Runz Pizza will, for me, remain one of life’s eternal mysteries. It just doesn’t say great pizza. To me, it says new underwear. Likewise: Cook Door. As a writer, I find it impossible to walk into a grammatically incorrect restaurant, especially one that features Viagra sandwiches. I really don’t want to order that. If they sold lube donuts, that might tempt me, but as it is, no.

There are worse names. Dirty Dicks in Edinburgh comes to mind as does Chewy Balls in Houston. Nor do I think I’ll try Crabby Dick’s in Delaware.

Cabbages and Condoms is also high on this list, although as it is located in Bangkok, maybe they have a legitimate excuse. Perhaps they should partner-up with the Hung Far Low Chinese Restaurant in Portland, or the Kum Den Chinese Restaurant in Melbourne, or Buttyboys or the Phât Phúk Noodle Bar in London.

The House of Poon in Rochester, N.Y. sounds like it might be okay, as does Lick-A-Chick in Cape Breton Canada. I might even enter the Muff Café in County Donegal or take my chances at the Fuk Mi Sushi Bar in Fort Worth.

But I will definitely be avoiding the Golden Shower Restaurant in Tanzania, Pu Pu Hot Pot in Cambridge, M.A., Crapito’s in Houston, The Golden Stool or Chick Pizz in London, The Chocolate Log in Dharamsala, India, and Modern Toilet in Taipei.

(Thanks to Jillian Madison @jillianmadison, formerly of Food Network Humor, and author of Damn You, Autocorrect (www.autocorrect.com) and the Pophangover Network (www.pophangover.com) for compiling most of this list,as well to all the other twisted foodist bloggers who ripped her off before I did.)