To Shoot or to do Shots?

We headed over to the first round of Jameson Irish Whiskey's massive darts tournament, which kicked off last week with serious skills and sleek cocktails on offer at Deals 14. 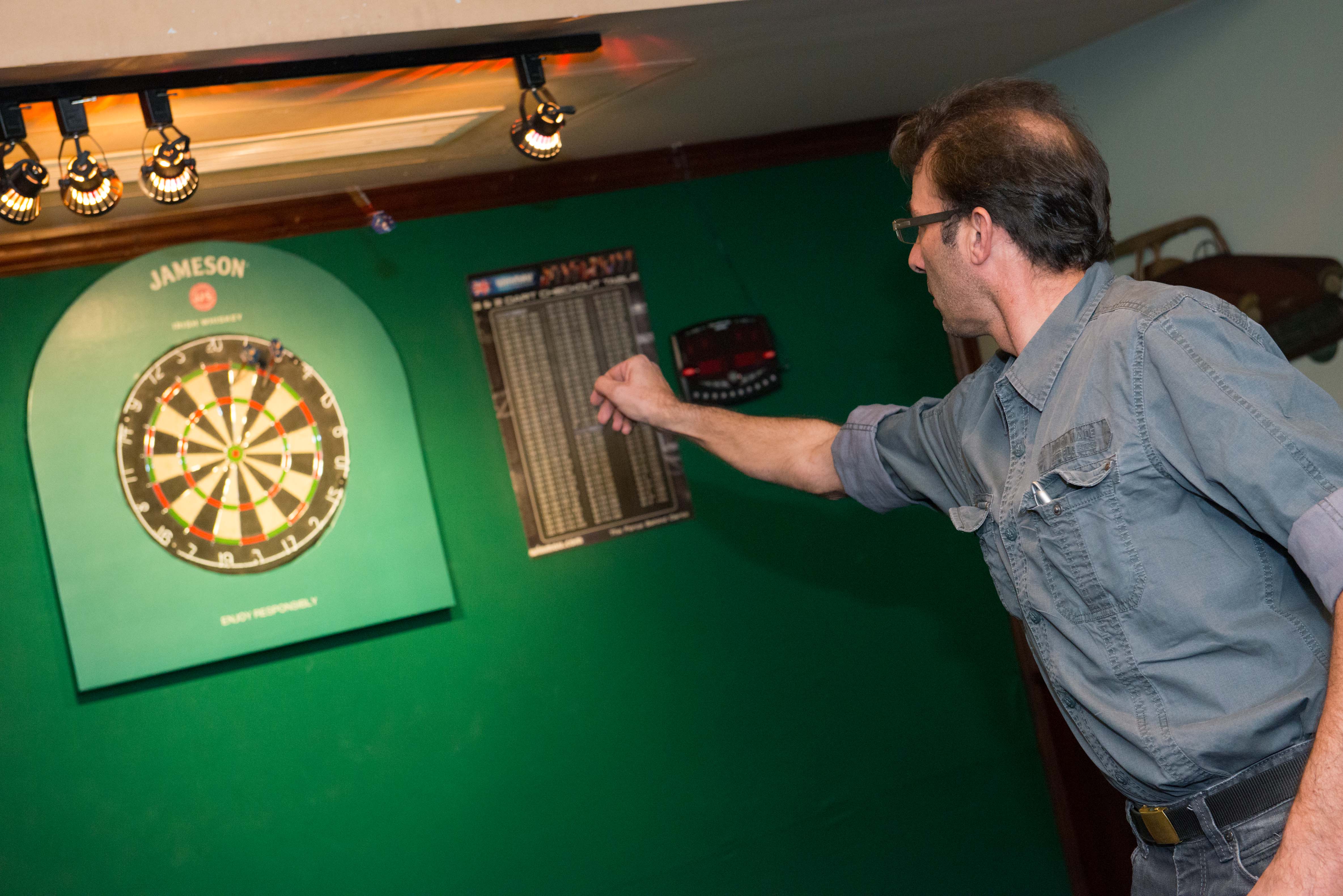 We’ve been harping on about Jameson’s massive darts tournament for ages. Why? Well, firstly because we love us a good Irish whiskey. Secondly, nothing quite puts us in that quiet, contemplative but quirky mood like the unmistakable atmosphere of an authentic pub. And what says authentic pub more than darts? Yesterday, the first round finally kicked off with a whopping 42 players sharpening their darts and stretching their wrists in preparation as they begin the battle to be crowned the Jameson champion. To provide added impetus, the first, second and third place trophies were centre stage as the competitors battled it out.

With special Jameson cocktails especially created for the epic darts contest, choosing what to drink was a little tricky. From Jameson Juleps, combining the golden liquid with mint and syrup, to a good, old fashioned Jameson Irish Coffees, these weren’t your sugary, fruity cocktails, though. No, these were cocktails for the more discerning and the lack of neon umbrellas and bendy straws made us feel part of the crew of Deals 14 regulars and the dudes that were shooting darts. Luckily, at just 35LE a drink, we got the chance to try them all, and were even treated to some complimentary Jameson shots.

The battles of the dart boards raged long into the night, as each two contestants faced off for the best of three rounds, showing unbelievable mathematical skills as they tallied up their scores before we’d even gotten a chance to see what they hit. The victorious will be back next week, and every subsequent Wednesday until there’s just one dude standing. And you better believe we’ll be standing next to him, waving our cocktails in the air!

Find out more about the #JamesonDarts tournament here. Sign up for the next round here.